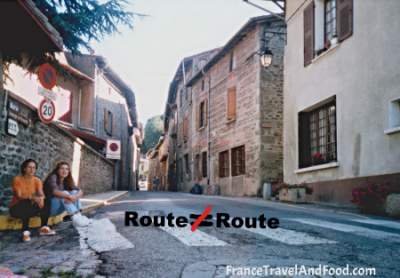 You might be surprised at the number of words that spell exactly the same in French and English. How many? Try over 500.

Yep, that’s a lot of words that spell exactly or almost the same in both French and English, but here is the trick – many of those words don’t mean the same thing at all in French as they do in English.

Unfortunately, at times they are mixed up by English speakers who speaker or French speakers trying to speak the other language.

I’ve heard some of them make those mistakes at times, and when they did, it meant big confusion or down right laughs on the part of the hearer.

Here are 40 of such trap words that could throw you off, so you’d better know their meaning, just in case you’d be tempted to use them in the same context in French as you would in English. As you will see, some spell slightly differently and many exactly the same.

I’ve heard so many bilingual people making this fatal mistake trying to use the French word “introduire” as in let me introduce myself.

Well, please, do not use the word “introduire” to talk about “introducing yourself” in French, as it means to get in or insert. Do you know how many times I’ve heard Americans speaking French saying “let me insert myself?” Ouch, if you are a man saying this to a woman, do you see how embarrassing this could be?

If you want to say let’ me introduce myself in French you need to say “laissez-moi me presenter.” This is the correct way to say it.

To Assume in French is taking responsibility. In English is to guess or suppose. I assume you understand what I’m saying. In French, you would use this word to say something like “he handles his responsibility – il assume ses responsabilites.

While in English an affair is sleeping with someone that’s not your spouse, in French “une affaire” is an enterprise/business. Not to be mistaken. “Il a une affaire” means he owns a business.

While adventure in English means to go on an adventurous journey, in French it means to have an affair with a lover. “Il a eu une aventure.” He has an affair.

While route in English means more the course of traveling, in French it’s the translation for the word “road.” On the road would be “sur la route” in French.

While an adept in English is an expert, in French it’s a follower, a fan or an enthusiast.

Do you want to have a chat with me? Well, don’t say that in French as chat means cat in French. Nothing to do with having a discussion.

Coin in French means a corner, not money in the form of silver or other metal. I’ll be waiting for you at the corner/Je t’attendrais au coin.

As you know, to combine in English means to unite or put together, but in French, it means a scheme or trick. “Ils ont combine une affaire” means they put up a scheme together.

Camera in French is referred only to a video or movie camera that is used for motion pictures. The English camera is “appareil photo” in French

Film refers more to the negative of a picture in English, but in French, it refers to a movie. “Je vais voir un film” I’m going to see a movie.

In English cave is a natural underground enclosure while in French it’s a cellar known to usually preserve wine. Basically, every house in France has a cave.

To be fond of, to like very much or to love in English, but it means the bottom of a recipient in French. At the bottom of the box. “Au fond de la boite.”

Formidable in English means fearsome or dreadful. In French, it means great, fantastic, or wonderful.

While hazard means a danger in English, in means “by chance” in French. “Je l’ai rencontre par hazard.” I met her/him by chance.

Do not assume that this very similar looking word is the same in English and French, because they’re very different, indeed. Advertisement is publicity in English, while avertissement means caution or warning in French.

Une balance is a scale to measure weight in French while it means a state of stability in English.

While in English this word means something that fastens or unites, in French it’s a leap or a jump. “J’ai fais un bond” can also mean “I jumped out of fear.”

As we all now a comment in English is a statement either in written or verbal form, while in French it’s the translation of the word “how.” Comment allez-vous? How are you doing?

While a con in English is a dishonest person/a swindler, in French it’s a bad word for “idiot.” Very common bad word in France.

A construction machine for lifting in English, and the skull of your head in French.

Which has to do with numbers or the shape of the body in English, but it means your face in French. “Elle a la figure rouge.” Her face is red.

Main means principal in English, but it’s the word for hand in French.

A match to give you fire or two people who go well together in English, but in French is the translation of the word “game” in sport. “Un match de football” is a soccer game.

Not what you would think. In French it means dirty. “Mes mains sont sales.” My hands are dirty.

Son in French is the pronoun “his” and “hers”

While it means help and aid in English it means audience in French. “Il y a plus de femmes que d’hommes dans l’assistance.” There’re more women than men in the audience.

An adventure, a voyage in English, but the course of a day in French. “Nous avons passes un bonne journee.” We had a good day.

A warning to be careful in English, but a bail or security deposit in French.

A penny in English, but the number on hundred in French. “Il y a cent ans.” One hundred years ago.

The object where you sit on, in English, but it means flesh in France. “La chair et les os.” Flesh and bones.

Something that happens unpredictably or even taking risks in English, but it means luck in French. “J’ai de la chance.” I’m lucky.

Human speech in English, but in French, it means “a mode of expression” rather outside of speech. Speech in French as the English term “language” is “langue.” In French you wouldn’t say, “quelle langage parlez-vous,” but “quelle langue parlez-vous.” What language do you speak?

A speech in English, but refers to reading in French.

Librairie in French is a book store. What is a library in English is a Bibliotheque in French

In French location refers to something that is available for rent, such as a house or a car. Nothing to do with the English meaning.

Ok, I think that’s all for now. Believe it or not, I could have added many more, but I think that a good start, don’t you think?

You turn now! Do you know other such words? If not, what do you think?