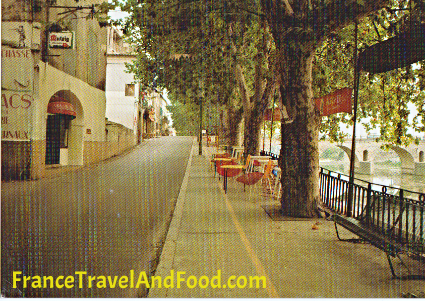 Some people say that French people are rude, which by the way, it’s more of a rumor than the real truth.

But let me ask you this! Have you ever asked yourself why you might have found yourself in situations that you might have provoked, unwillingly, because you didn’t know enough about the French culture?

Culture differences can sometimes rub a person the wrong way and make them react in a way that seems rude. So, in this post I wanted to tell you about a few things that will make just any French person you meet much nicer to you.

Don’t worry, I’m not asking you to be fluent in French here, but being able to speak just a little French can go a long way.

It’s a fact that the French like their language. They even have an association that was created to protect it, which is called l’Academie Française.

When approaching someone to ask for directions, or when checking in a hotel, try not to start with “Do you speak English?” Rather, start in French and when the French person will see that you’re struggling, they’ll surely try to help you in English if they can.

When French people travel abroad, they usually travel with at least some basic knowledge of the language, so they kind of expect the same from everyone who comes to them.

Even if you’re far from being fluent in French, starting a sentence in French when speaking to a French person in France can give you an opening that you might otherwise not have had.  French people will always appreciate that you’re trying and be kinder to you for that.

I mean, don’t you expect people coming here speak to at least some English?

Don’t Stiff up if Given la Bise

Don’t stiff up if someone gives you a “bise” as a welcome hello.

This gesture is as common as the hand shake in France, and while that doesn’t apply to strangers, it’s also based on circumstantial situations. Which means that given the right circumstances you may end up getting a bise from someone you don’t particularly know.

Don’t panic if that happens. They won’t bite you and it’s not going to kill you either. Relax and play along.

Learn about the “Tu” and “Vous”

Always use the “tu” with caution in France.  The rule of thumb is never to use the unformal “tu” when meeting someone you don’t know. And that includes if they rich, poor, smart, dumb, blue collar, white collar, male, female, young or old. Just don’t. Period.

Only if all the above are children can nyou use the “tu” freely, even if it’s the first time you meet them.

But this is where it becomes more complicated. You may still need to use the formal “vous” when speaking to someone older, an authority figure, or any one you want to show respect for, even if you know them.

The tu and vous are very important in France, while they are not as important in African countries where they speak French, or Canada, which is a little confused, because of the American influence. Don’t confuse French spoken in Europe with other French speaking people.

In movies you may have someone starting to “tutoyer” a person that would require to be “vouvoyer” and the offended dude may say something like “Pourquoi me tutoyez-vou?” In other words, why are use speaking to me in such a familiar way? Doing so on purpose can be downright condescending or even insulting.

Of course, as a foreigner if you do make a mistake, they’ll understand that you don’t know any better, but it’s always better to be in the know.

Don’t ever come in a room, a small store, or office without saying bonjour. Greeting is taken much more seriously in France than it is here in the US. So much so, that I remember that it took a while for my mother to get used to this indifferent behavior here in the US.

When she used to come spend 3 months out of the year here with me, I had to explain to her that saying hello is not as important for Americans, but she still didn’t like that.

So, you can only imagine if you come to them and do this? They won’t like it and then you’re going to say that French are rude with you. But it might be because they think that you are very rude yourself.

So, beware. Only if you come in a big crowded place you won’t have to say bonjour, but remember that this is common decency when meeting just a handful of people in a small enclosure.

Don’t be too Loud in a Public Places

It is a know fact that where there is a small group of Americans walking on the street, in the subway. at a cafe or restaurant, you know they’re there.  Some French folks can be quite annoyed by this behavior and be rude to you, the next time you ask them for directions.

If you want to be welcome in France, try to speak in a lower voice, and French people will love you for that.

Here is a short video that will help you understand the differences between French and American a little bit better. An American girl and a French girl talking about it…

I hope you enjoyed this post, and that it was helpful to you. Please, let me know in your comment below.

When you’re a driven and motivated individual you need to focus on what’s really important in your life. Having a career or business that…