10 Interesting Facts From France You Should Know 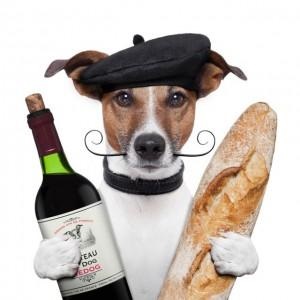 Why is France named France?

France was founded by the Franks.  The name France comes from the Latin word “Francia” which means the land of the Franks.

The popular Franco-Belgian comic book series and cartoon Asterix are supposed to be happening in the Gaul area. That’s why it’s called Asterix le Gaulois (Asterix the Gaulois).  It’s interesting to know that what constituted Gaul of old included part of the modern French territory as well as Belgium.

Avignon used to be the City of Residence of the Popes

Avignon is a beautiful Southern French city in the Vaucluse department with a very famous bridge, called “le Pont d’Avignon” (the Bridge of Avignon) which even has a song of the same name referring to it. There is a famous French female singer called Mireille Mathieu who is from Avignon and has sung this children song at times.

Cannes is the City of the International Film Festival

Probably the most popular film festival is the International Film Festival of Cannes which takes place in every year in May.  For the most part, the movies that are selected to be presented as potential winners at the Cannes Festival are so-called high level/savant / high class/intellectual, and should I say really boring movies.

To me, a movie that won the Cannes Film Festival prize was a movie to avoid my any mean.  When I fail to stick to my rule, I found myself watching a movie that bore me to death. But that’s my view of this. Of course, some people might tell you different.

Birth Place of Joan of Arc

France is the country of birth of famous sanctified woman named Jeanne d’Arc, known in the US as Joan of Arc.

Joan of Arc was born in Domrémy in the Lorraine department, North-Eastern France (in the house below).  At the age of 13 she started hearing messages, in her father’s garden, to free France from the invaders.  At age 16 she admitted to a cousin of hers that she had received diving guidance to free France from British invasion.

Joan of Arc was a principal participant in the French victory over England, and the end of the hundred years’ war between France and England. She was accused of heresy and put to death at age 19. 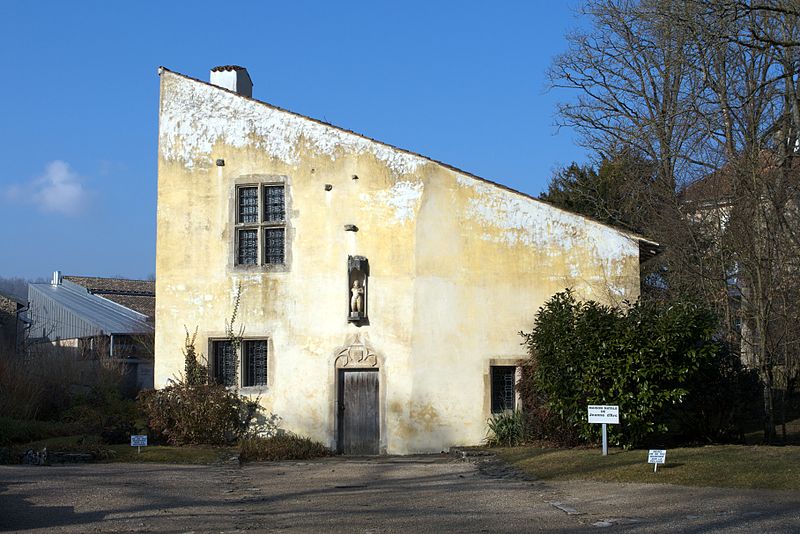 The Count of Monte Cristo

The popular story “The Count of Monte Cristo” which has been the subject of many movies and TV series, is a story by French author Alexandre Dumas.

The popular story was inspired by real facts linked to a man named Pierre Picaud who was arrested and imprisoned the day of his wedding, because of a jealous friend who was in love with his future wife.

The Alexandre Dumas story, partly fiction and partly based on real facts,  became known the world over and is still told in modern movies.

The Eiffel Tower Most Recognized Building in the World

The Eiffel tower has become one of the most recognizable buildings of the world and it’s often used to represent France as a whole in foreign countries.

To learn more about the Eiffel Tower and its story you can go read this post.

France is the country of the infamous Guillotine which was used to put murderers to death until 1977, the year that the last person was ever put to death in France.

The Guillotine was also used in Switzerland, Sudden, Belgium, and Germany.

Believe it or not, before Joseph Ignace Guillotin adopted the guillotine as a capital punishment tool, there were ways worse methods to put criminals to death back then.

Capital punishment has been abolished in France since 1981.

The US state known today as Louisiana was occupied in part and owned by the French until 1803 When Napoleon Bonaparte decided to sell this French territory to the United States.

This is why there is a French quarter in Louisianan to this day.

When you enter the state of Louisiana you can see the sign in both English and French.  Some signs even mention that the state was purchased in 1803.

Quebec, largest province of Canada is the only part of Canada where French is the official language.

I work with Canada on a regular basis, and a lot of people there are absolutely not bilingual.  They speak French only.  To find more bilingual people you need to go in Montreal which is a big city and the capital of Quebec with a large concentration of Anglophones, Spanish, North and South Africans, as well as French.

The French settled in this part of Canada called Quebec in 1600 and therefore exported their language and culture there.

The reason why people from Quebec have a very distinct accent from the French folks in France is that it was the local accent of the French of the time.  Canadians kept the accent to this day, while it’s been long gone in France.

Le Tour de France is one of the very few professional cycling races, and the most prestigious one.  The Tour de France takes place in the month of July.  The race lasts about a month.

The race exists since 1903 and covers some 3,200 kilometers (2,000 miles) around France.  The Tour de France takes the cyclists throughout some of the toughest terrains of France such as the Pyrennées and Alpes mountains and always ends at the top of the Champs Elysees in Paris.

Even though the route changes every year the primary areas stay the same.

There you have it. 10 interesting facts from France that you should.

20 thoughts on “10 Interesting Facts From France You Should Know”