The Law Of Cause And Effect Are You Conscious Of It? 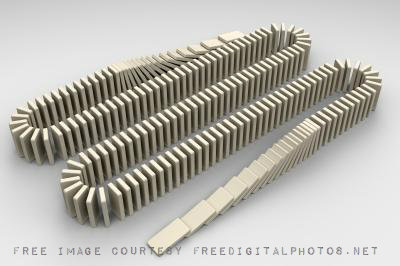 This is my fourth post on this series of the Laws of the Universe.  After the Law of Resistance,  The Law of Allowing, and the Law of Detachment.  Today we are going to discuss the Law of Cause and Effect.

The law of cause and effect is probably one of the easiest if not the easiest laws to understand.  The only problem when it comes to people and the Law of Cause and Effect is that they just forget about it all together.  However, if you’d learn how to always remember this universal law and use it for your own advantages you would advance well in life, indeed.

In order to make the most of the Law of Cause and Effect, you must live consciously and recognize that you are the creator of your own reality. Laura Silva Quesada

What Cause and Effect Really Mean?

This law means that everything you “cause” will get later its own “effect”.  The effect of a ball thrown against a wall is the bouncing back of that ball.  Basically, ever thing that you “cause” good or bad will be bouncing back to you.  You may get bounces back from things you’ve done years ago, but it will bounce back sooner or later.

What Does this Law of Cause and Effect has to Do with Your Life?

People do things every day with the hope of getting something different from what they’ve planted.  Really, they believe in miracles.  They believe that they can plant a carrot in their garden of life and get a pepper to grow.  If that ever happens to you, please, let me know!

Realistically, however, you are going to get the fruits of whatever seeds you’ve planted.  That’s how prisons get filled.  Some people plant seeds of crime and violence and eventually, sooner or later, they reap the causes of such activities which is the loss of their freedom, dignity, and sometimes even their life.

Now on a not so grand and dramatic scale, we are planting seeds, (causing) things every single day.  With whatever we are planting comes a time to reap.  Even the Bible talks about this law “for whatsoever a man soweth, that shall he also reap” Galatians 6:7.

How can you Use the Law of Cause and Effect for More Success in your Life?

Here is an example.  Let’s say you have the desire to become an online entrepreneur and want to create a blog to sell your service.  Right now it’s a desire, an idea that you would love to realize.  However, you don’t take action on it.  All it is at this point it’s a wish.  The effect of such wish will have basically no effect.  You status quo will produce a status quo effect.  Nothing bad, but nothing good either.

Now, let’s say you have this great blog idea about the same service, but this time, you are taking action.  You are creating that blog and you’re working at it every day with no excuse.  The effect of this will be that your blog will start growing and eventually you are going to generate some business with it.  The cause, your positive actions, will generate the effect, success in your business with your blog.

The Slight Edge of Cause and Effect

I’ve read a great book about 6 years ago titled The Slight Edge by Jeff Olson.  This book is all about the Law of Cause and Effect in slow doses, so to speak.  Basically, the book explains how even a little tiny something that you do on a daily basis or regular basis will have an effect in the end.

A well-known example I could give you is smoking, for example.  No one is going to die by smoking one time or even 10 times in their life for that matter, but if you smoke every day for several years, the likely cause to that effect is that you’ll have a much greater chance to develop cancer or cardiac problems.  Lung cancer and cardiac arrest are known effects that are caused by inhaling smoke.

The Law of Cause and Effect works with everything and anything.  This is one law we surely can’t escape. What we think, what we eat, what we say, what we do, all are causes that produce an equivalent effect.

Here are few tips to help you start reaping better results using the cause and effect rule:

3. Say to yourself mentally “Relax – What’s my outcome”?

6. Begin to move in that direction

If you are a new entrepreneur looking for more success and financial freedom, please, download my free guide here!

28 thoughts on “The Law Of Cause And Effect Are You Conscious Of It?”