The Law Of Attraction For Doubtful 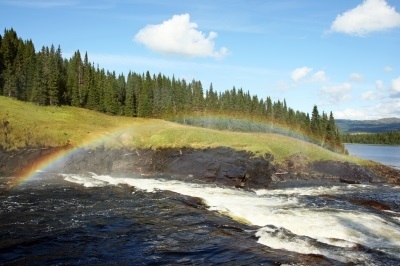 “The only limit to our realization of tomorrow will be our doubts of today”. Franklin D. Roosevelt.

Two days ago, my Fiend Sue Price wrote a post titled The Law of Attraction – Fact or Fiction?  She wrote it because she had caught a discussion on Facebook between people who were being suspicious and doubtful about the law of attraction.

Sue has been nice enough to mention me and my blog several times on her posts, and she gave me one of the best compliments ever by saying that I explain the law of attraction better than Ester Hicks. Wow, I just love that!  Thank you so much for that, Sue, I so appreciated it.  It so reinforces the fact that I really need to write that book which is sitting on my computer begging to be completed.

Please, understand that I’m not trying to brag here, I am just being humbly thankful and I feel that the Universe is just trying to tell me something.

But without further ado, what is really the law of attraction?

Why so Much Confusion about the Law of Attractions?

So, why is there so much misunderstanding about the Law of Attraction to the point that some people persist in denying that it even exist?

Bottom line is that you’ll always have those doubtful naysayers that will tell you that this is not so.  But one thing is certain about them – those are usually individuals who fail to truly investigate, and they are obviously not open minded people either.  And here is something interesting – close minded people tend to subconsciously avoid any proof of anything that is not what I call BDC “basic daily crap” – which is about the only thing that they truly do believe in.

You are Attracting what You Believe NOT what you Want

One of Sue’s reader and blogger, Dana, left a very intelligent comment on Sue’s post saying that you are attracting what you believe, not what you want.  I don’t know how many times LOA coaches will need to repeat that, but since this a post for the law of attraction doubtful, I took the liberty of taking Dana’s statement and bring it up here.

Here is an example for the law of attraction doubtful

I have a client who has been consulting with me for the past 3 months, and which case illustrates this so well, that I thought I’ll mention something about it here.

Of course, I’ll leave it anonymous, and the only reason I do even mention this at all, it’s because he gave me permission to be my guinea pig for this blog.

So, this person, just like any of us, wants some specific things to happen for him.  He wants to develop a business and be able to quit the job that he hates.  However there are two things that he can’t seem to be able to do.

1)      He can’t seem to be able to bring himself to be happy as if he already had what he wants.

2)      He keeps revisiting his past full of missed opportunities.

I’m sure you can imagine how many times I told him that he MUST stop doing this.  Because if he keeps doing it, he will NEVER be able to attract what he wants.  He will keep manifesting his daily thoughts (his beliefs) which are “I’m miserable”, “I’m going to a job I hate everyday”, “and “I’ve ruined my life by not grabbing opportunities that I had back then.”

Therefore, he’s in a hole, because he keeps attracting just more of that.  Not what he wants but what he truly feels.

You see, he wants success, but he doesn’t truly believe in such success, what he truly believes in are his issues.  I can’t be happy, I missed out on my luck too many times, and now I’m in this hole.

The law of attraction is working just find for him, it’s giving him EXACTLY what he’s asking for. And it does the same thing for each and every one of us. We attract what we believe NOT what we “say” we want.

I hope you got that!

The good news is that my client finally got it, recently. But it took some talking to get there, and he’s still working on it.

Don’t be Blinded by your Own Negative Thoughts

Sometimes, people can be stuck in their own marry-go-round of negative thoughts which totally blind them.

That’s why people like this are saying, law of attraction doesn’t work, because I can never attract what I want!

Oh, I see, you want to be making $100.000 a year by next year, but you keep saying that you are broke, that you don’t have enough and that you can’t afford it.  Right?

Ah, don’t say another word; I know what your problem is.

You don’t believe, not even for a second, that you’ll be making that $100.000 by next year.  What you truly believe is that you’re broke.  Therefore, as per the law of attraction, you are.

Yep, the law of attraction was working the whole time for you too. You just didn’t know it.

You see, it’s impossible for us to recognize something that we can’t see.  Ask a blind person to guess what is the color of your hair? You just can’t see what you’re blinded from.   But is it because a blind person can’t see that my hair is brown that it’s not?  Of course not.  My hair is brown, whether you can see it or not.

It’s not because you can’t see or recognize the law of attraction that it’s not there.  It’s just that your narrow somewhat mind, can see it yet.

In order to start seeing again, try to take some words off your vocabulary.

Words you should be Avoiding

There are words that you should be taking off your vocabulary in order to use the law of attraction to your advantage instead of your disadvantage. Those words are many, but here are three very important ones.

Try to minimize the expression “I want” to a strict minimum.

When you say I want, you create a lack. You are really saying “I want, but I don’t have”.  Want creates more wants.  When you want something so bad with a desperate feeling of lack, you’re never going to attract it.  You will be pushing it away instead.

Wishing is the first cousin of wanting.

Instead, do your best to get what you wish, and learn how to use more positive terms such as I desire, or I will. You’ll see, you will feel that great feeling again in your whole body. You’ll go from a wishful thinking to a I will do it thinking.

I simply can’t stand it when someone uses that expression, because it’s such a limited belief expression. Yet, so common.  People who use this expression regularly will most likely never be able to afford anything worthwhile in life, and they will blame the law of attraction for it on top of it.

Remember, if you believe that you can’t afford it, you can’t – As per the law of attraction, not because of it.

I’ll never forget the day I told my mother, that one day I was going to see and touch my favorite actor. She said to me, I believe that you will.  She said that for two reasons; one- she never discouraged my dreams, and two- she knew I was stubborn enough to find a way.  Because I had this strong belief that was even backed up by my mother I attracted my desire.

If you are doubtful about the law of attraction, I hope that this post has helped you start thinking about what type of thoughts are going through your ahead on a daily basis, and how you phrase them as you speak. Don’t be fooled. This is what you are attracting right now.

Listen to yourself and you will get a clue. Don’t swim in your own sea of negativity that is blinding you from all the possibilities out there.

Your turn now. Let me know what you think about that!

36 thoughts on “The Law Of Attraction For Doubtful”