Why Has The Law Of Attraction Not Worked For You? 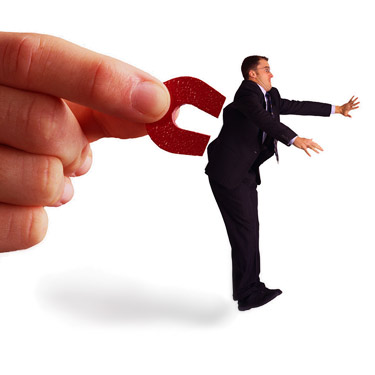 If you have been introduced to the law of attraction, I am sure that you were told to have a “self talk” also called affirmations of positive statements that you should repeat every day a good number of times.

I know that back in the days when I was introduced to the law of attraction concept it’s what I was told to do.  Then, in all confidence I started with my positive “affirmations” and repeated them all through the day out loud, anytime I was alone.

The problem is that like a lot of people out there, it didn’t work for me.  Was I doing something wrong? Was I told a lie and that stuff just didn’t work?  Does it work only for some people?

Would you like to know the answer to those questions and more?  Then, keep reading.

Why Do Affirmations Just Don’t Always Work For Everyone?

The first time that I was instructed to use affirmations in order to change my life, my coach just forgot to add the most important detail that would have made all the difference to me, which was to – choose affirmations that could  believe.

The huge detail that some so called self development coaches will forget to tell you is that if you don’t believe the affirmations, subconsciously, you could repeat such affirmations until you’re blue in the face and it still wouldn’t work for you.

Sounds a bit complicated?  Here is a simple example that will help you understand fully what I mean.

Let’s say that you are making $25,000 a year right now, and in your affirmation you are saying I am a millionaire or even I am making $100,000 a year! Such statement is not believable to your subconscious mind.

Your subconscious belief about money would be that you are always going to make just about what you have been making all your life, and that even includes before you were an adult and made your own money.

Our vibrations is energy that attracts like.  Energy = vibrations = like- attraction.  In other words, the more you have, the higher your energy/vibrations, the more  you attract.  If this is still a little bit fuzzy for you, Melody Fletcher as a great eBook called Deliberate Receiving that can clarify all that for you.

Subconsciously, you don’t believe your affirmation, therefore, you are not vibrating at the energy level that you would need to in order to manifest what you want in your physical world.

This is why people who have watched the movie or read the book “The Secret” are saying that it’s not working.  It’s not that it’s not working, but it certainly is not working for them.  The reason why is because they are coming from a too far away place and have not understood the concept beneath attraction according the law, which is that the “belief” needs to be there first or be introduced little by little.

How did you come to be a little toddler to a grown adult?  Little by little, right?  You were not born one day measuring 36 inches and woke up 3 months later to be 6 foot tall!  The growth of your body, brain, organs, ears, nose, etc… happened little by little, gradually, over a period of 16 to 21 years.

That’s how the universe works.  The evolution of things happen gradually, so our body, brain and mind have time to get used to it and our subconscious mind has time to accept it as true and act accordingly.

When you grow progressively, your affirmations will work better and you will be able to bring your vibrations up in alignment with such affirmations much better as well.  At that time, and at that time only, you will be able to notice a shift in your life that will most likely going to bring you closer to that “believable” amount.  When that happens, you can move to a higher level.  Just make sure that you are at a level that your subconscious can believe in.  Little by little you will be reaching your $100,000 and above, but not before it’s too much for your subconscious mind to believe.

If you have tried to use positive affirmations before, but have not achieved any results with them, it’s most likely that you have set the bar too high.  Come down the ladder a little bit and start where it feels more comfortable for your subconscious mind to believe.

If you do, your affirmations along with the belief and the right vibrations, you will finally attract what you want.

How did those affirmations worked for you so far? Let me know in the comment area below!

What are you thoughts on the subject?  Please, express yourself below in the comment section!

6 thoughts on “Why Has The Law Of Attraction Not Worked For You?”