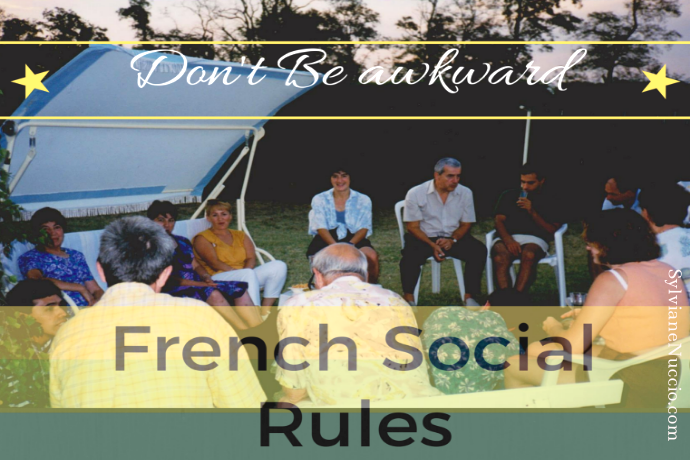 I have noticed that people love to read articles about differences in cultures, because cultures are something that amazes us as humans. At least some of us.

I’ve written several articles in the past about differences between cultures, especially between France and the US, but there are differences in cultures even within the countries of Europe.

For example, usually when British people are portrayed in French movies, they are portrayed as rather stiff people, a bit standoffish and at times downright old fashion. And most of all eating weird food that French front upon.

Usually, when German people are portrayed, they are shown as tough people with one track mine, focused, and often very smart too.

When Italians are portrayed they are usually lay back, big talkers, womanizers (for the guys), and a bit dishonest.

When French are portraying, they usually lay back, artistic, rather smart, but also lazy.

Now is there at least a bit of truth in all of that?

There’s always some truth to those things, but the danger would be to make a bit of truth as a big generality.

The Culture of a People is often Heard in the Language

That’s why I love languages, and that why I feel that everyone should learn at least one foreign language in their lifetime.

One thing that I have observed for years, is that if you listen to a language (even if you don’t understand that language, as a matter of fact) you can hear some of that culture even by the way it sounds.

Have you ever heard German? French? Italian? Or English spoken by British people?

How do they sound to you?

Well, even though I may have an advantage here because I understand more than one of those languages, let me tell you that those languages alone can tell you a lot about the culture of the people speaking them.

That’s why learning a language is much more than just learning how to say words in a foreign tongue. It’s really getting into the people’s head speaking it.

How many times did I watch a movie in English or French and thought about those ugly dubbing jobs. How in the world can they even do that at all? It beats me, because there are some things that simply can’t fit any translation what-so-ever.

OK, after that long introduction are you ready for some French social rules so you wont’ be too awkward the next time yo go there?

So here we go…

Frist – The Way We Address Strangers

Let’s say, I’m some kind of a customer representative and I’m calling someone over the phone.

Hi, my name is Sylviane, may I speak to Michael Smith?

Oh, hi Michael, I was calling you about…

If you were born and raised in the US, that would sound very familiar, wouldn’t it?

But this would be a NO, NO in France.

While formal etiquette go pretty much out the window on social media, for example, they are still very much in place, at the work place and other social settings.

The same conversation in France would go like this:

Hello this Mrs. Nuccio (In France I would not be called Miss, but Mrs because I’ve been married. Miss is for women who have never been married).

May I speak to Mr. Smith?

Good morning sir, I was calling you about…

This is the only way that this conversation would go on. No deviation from that.

French are more formal in day to day actions than Americans are.

In stores, restaurants, on the job, in the street and so forth.

This formality even has a mark in the language. It’s call “le vouvoiement” which is the opposite of tutoiement which means that instead of addressing a person with the pronoun tu (informal you), you would address them with the pronoun vous (formal you).

If you were to speak to a stranger you would only use tu only if invited to do so.  Using the pronoun tu for a stranger can be seen as a downright insult if you are French.

However, if you’re a foreigner with a heavy accent, they’ll just think that you don’t know any better. I’ve seen that happened before.

but why would you?

Greeting on the other end seems much more familiar in France than it is in the US.

If you happen to have seen some images of the French president receiving other world leaders on the steps of the Elysée, last month, you may have noticed that when German Chancellor, Angela Merkel, arrived, François Hollande, the French president, greeted her with la bise on the cheek.

Not because she’s a woman, because the French bise (kiss on the cheek applies to man to man, woman to woman and man to woman), but more so because he knows her well enough.

Here are some very common expressions your REALLY want to have down before you go to France, so you won’t have to feel awkward in social events.

I’m excited, Je suis excité in French means that you are aroused.

Oops, I’ve heard Americans say that so many times.

However, though, you could say that children are excited (excités) which usually means that they are a big over active. But never for adults.

I’m hot is J’ai chaud in French, which is OK thus far. You just need to cool off.

But I heard American saying I’m hot as je suis chaud, because they don’t control French grammar much.

But if you say this you’re changing the whole meaning of the sentence.

Can I give you la bise?

I’ve heard Americans say “je te baise” meaning can I kiss you on the cheek? Can I give you la bise?

But just the baise does NOT mean I’m giving you a bise.

Oops! You really want to have that one down, don’t you?

Yep, that little a changes the whole contest for sure.

Don’t ask if there is any preservative in the food.

Preservatives in French are condoms.

Yep, I’ve heard that one too.

Ask if there is some conservateurs in the food.

Otherwise you may get a big laugh!

In French “je me suis introduit” means I got inside. Not that you met someone.

Plus it also can have a very strong sexual meaning as well.

So don’t say that in France.

I introduced myself in Fench is Je me suis presenté (literally I presented myself) to someone.

Let me introduce myself in French is laisser moi me presenté.

I introduced myself as in “je me suis introduit” means I insert myself.

Oops! No no in French.

Don’t every ask for Vaseline

OK, well you can if you want to, but asking for Vaseline in France is the same as asking for condoms, if you see what I mean.

It’s very easy to make a fool of ourselves when we don’t know any better, isn’t it?

That’s why you should share this post as much as you can, so your friends don’t have to feel awkward, next time they go to France.

In the meantime, leave your comments and inputs below!

Living your best life should always be the goal, but many people are living short of what they would deem a happy or ideal…