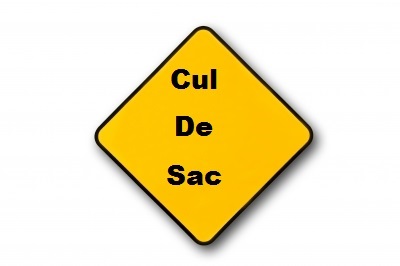 I have to say that during the first years of my living in the US, at times, I was very surprised when I heard a French expression or word in the middle of an English sentence.  From time to time I still hear new ones on TV during interviews or documentaries.  It always amuses me.

English Words in the French Language

What’s interesting is that it’s the same thing the other way around.  There is actually a French Academy which job is to keep the French language clean of foreign words.  Part of the their job is to control and limit the implementation of English words in the French language.

The reason for this is that if not controlled there would be an exaggerating number of English terms added that would tend destroy the French language.

In the 1970’s they’ve tried to eliminate the use of the expression “weekend” in the French language, but to no avail.  As a matter of fact, I bet that some younger French folks have no idea of what the equivalent expression for weekend is in French.  That’s why they’re trying to protect the French language.

A language is alive because of the people speaking it, but unfortunately, a language can also die, so they are people paid to safeguard such languages. This said, most languages are bound to be mixed with some foreign words that have become part of the language somehow.

Words such as weekend, parking, stop, shopping, and marketing, for example, have been forever added to the French vocabulary.

This said, interestingly, it’s by learning another language that you are going to discover things about your own that you didn’t know or expected. This could be a great reason to learn French, isn’t it?

This means ordering individual dishes from a menu in a restaurant.

On the subject of, about something, or even by the way. Use in common conversation in English.

On the other hand.  Now when I heard that one for the first time I just laugh.

Foreign students staying in a local family to learn a foreign language. French term used in the US.

This is what we say before starting a meal to the people sitting at the table. Literally “good appetite”.  Since there is no such exact equivalent in English, you’ve just adopted the French term.

Have a good trip. Now why this one?  It beats me.

Shops where you can drink at a table of at the counter with or without a small meal.

Literally « white card »  meaning to go ahead, permission given, authorization.

Such as life.  English speaking people love to use that one.

The person driving you around. English term being “driver”, but you love to use chauffeur instead. Sounds more classy I guess.

The place where you can go watch movies, as well as the movie industry.  Used on American TV a lot.

Stereotype.  Probably one of the French word most used in English.

Receptionist in a hotel or residence.

The final blow to kill.  You love that one to.

Literally, the bottom of a bad. A road or street with no way out. I love to see that sign on the American roads. In France we have the road sign “stop”.

On the way.  Another on that must sound better to you they just one the way.

Entrance or/and the first course of a meal.

A person who starts and operate enterprises and businesses.

Excuse me. I have a friend who always says it in French.

The man or woman you are engaged to

“I don’t know what” When you can’t discern the reason why something is different. “it has a taste of je ne sais quoi.”

Fat Tuesday. A French holiday of the beginning of the year.

Mixture of flower petals in a pot.

Cultural French movement between the 14th and 17th century.

The sum up of something.  However in French this is not the word used for your resume to find a job, which is call a Curriculum Vitae, or CV.

The function of her person.

Came from a very old story of unhappy workers who destroyed  machinery by tossing their sabots (wooden shoes) in it.  The termed stuck when someone is trying to maliciously destroy or damage something. All the way to America.

Without. This was a surprise to me the first time I saw it written in the middle of  and English article.

Genius, someone with supirior knowledge

To touch in both literal and figurative senses.

French salad dressing made with mustard and vinegar.

Here, or here you are.

There you have it. The some of the 50 French words and expression used most in America.

Did you know them all?

14 thoughts on “50 French Words And Expressions Used In America”