Today the most logical post I could think of was to tell you about the upcoming National French Holiday, the 14th of July.

So, what is the 14th of July in France, which English speakers call Bastille Day?

The 14th of July used to be called” La Fête Nationale” (National Holiday), in French, but today it’s commonly known as “Le quatorze juillet” (The 14th of July).

The 14th of July is the French National Holiday . It was establish by law in 1880 for a double memorable day, July 14 1789, the day the Bastille was taken,  and July 14 1790, the day of the national unity. Both dates commemorate the end of absolutism. The end of the days when nobles had everything and ever right while the people had very little to nothing.

The 14th of July celebrates the revolution of the people who won over king, queen and other nobles in the France of those days.

The Day French People Got Themselves Free

What happened in French history of this time is very similar to what happened in England when the English fled to America to get away from the servitude of their rulers and kings.  The difference is that instead of leaving the country to settle somewhere else, the people took over the country by getting rid of the oppressing rulers.

The people of France took over the Bastille which was not only a prison for the poor, but a symbol of king’s absolute power over such people.  A group of men ran to the Invalides to steal a large amount of weapons and broke into La Bastille to steal powder and take it over.  As a matter of fact, when nobles witness such determination they didn’t even resist the people and allow them to enter the Bastille, maybe thinking that it will save their lives, but it didn’t.

Not too long after that King Louis XVI and his wife, Queen Marie-Antoinette, both were beheaded along with some other nobles and people in power.

From then on, France which had been ruled by more of less capable kings for centuries became a republic ruled and led by the people. If it hadn’t been for those courageous people of the time, France, might still be ruled by kings today.  So any French citizen should be thankful for this 14th of July who is the commemoration of freedom for the people by the people.

Celebration of the 14th of July in France Today 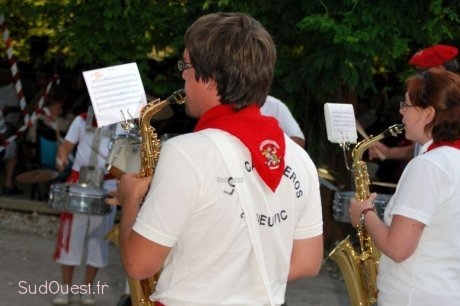 The official celebrations of the 14th of July start at 10:00 AM with a huge military parade on the Champs Elysees in Paris.  Such parade is usually reviewed by the president once it arrives at destination at the bottom of the Champs Elysees, Place de la Concorde.

The military parade is usually followed by other more entertaining parades.

Besides Paris, every large city in France has its own parade on the 14th of July.

Celebration of the 14th of July at Home with Family

Of course, when it comes to families, the 14th of July is a day off for the whole country, and family and friends gather together around a dinner table and enjoy a festive menu before gathering nearby the fireworks, and maybe go dance in one of those 14th of July balls.

La Marseillaise is the French National anthem which is heard throughout France’s parades and celebrations.  In today’s society the words of the song have been criticized many times for being of a rather violent nature, which is true, but taken in the context of the times they just translated what the people felt and how oppressed they were back then.

I hope you’ve learned something and enjoy this today’s post on this eve of the 14th of July 2013 in France.