Why Do You Procrastinate And What Can You Do About It? 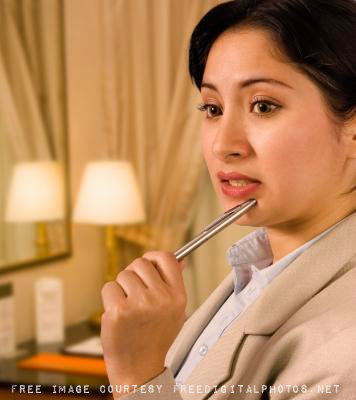 Why do we procrastinate? Does procrastination has anything to do with lack of time or maybe the fact that we are disorganized when it comes to our important to-do list?

Does Procrastination has Anything to do with Lack of Time?

Are you Procrastinating Because you are Just Disorganizes?

Does your lack of organization and prioritization make you procrastinate, not taking very important steps and actions that you know you need to be taking? Well, again, even though it could make your life a bit harder to be disorganized, it’s not the real cause of your procrastination either.  You could be disorganized and yet not suffering from procrastination.  So, again, no, Procrastination has nothing to do with this either.

These suppositions are just superficial problems. Lack of time and lack of organization are physical issues. Procrastination is an inner issue.

So, Where does Procrastination Comes From?

Procrastination comes from some type of fear. If you are not consciously aware of such fears it’s because they are, for the most part, subconscious fears. Those fears are stopping you from “physically” taking actions to move forward in life, and in order to stop you physically, your subconscious uses procrastination. This is the reason why most people who procrastinate have no clue or can’t rationally explain why they do.

It’s like a negative force within you that is way too strong to resist. Most times, we don’t resist it at all because we mentally can’t. Sometimes, we do resist it to a point, or for some times before it comes back with a vengeance.

In some cases, a hidden fear of success may be all it takes to make your procrastinate. Now, you’ve heard of fear of success, haven’t you? If you have not, make sure you read this post.

Another thing that you need to understand is that the subconscious mind will use everything in its power to block us from any change. We have an inner protector called the critical factor which job is to protect us from any new ideas to unsure that good old things stay just the same. This critical factor does an excellent job, and every time we want to feed a new idea, concept, or action plan to our subconscious mind we need to by pass this part of our mind in order to success.

What Does it Take to Fight Procrastination?

There is no need to fight this critical factor also called gatekeepers to stop procrastination, because fighting includes a notion of resistance, and resistance only work against us. That’s why I used the the expression by passing.

What would be easier, fighting the guards at the gate to enter the castle or putting them to sleep? Well, the second option would be your best bet, wouldn’t it? It’s the same things with the invisible guards to our subconscious programming room, so to speak.

You could fight them with constant repetitions, self talks and affirmations, and it’s totally possible, even probable that you would win in the end, but it’s going to be a long fight. You are going to need stamina, and persistence to win. Or you could pretend to be the guards’ allies and gave them a drink that would put them all to sleep, so you could enter the castle without any type of resistance. You could enter and get back out totally un-noticed. Then it would be too late for the guards to find out that you’ve moved things around in the castle. It would be done. Period.

That’s exactly how you can remove any type fear of success, or anything that may be preventing you from succeeding in the form of procrastination. Remember, procrastination is an inner issue and it can be fixed only form the inside. If not, it will always, somehow, keep showing up.

The best way to get into the subconscious to remove any trace of procrastination is to reprogram your subconscious mind, and remove whatever is making you procrastinate while replacing it by what you want to accomplish.

The Negative Effects of Procrastination

Give us your feedbacks down below!

20 thoughts on “Why Do You Procrastinate And What Can You Do About It?”