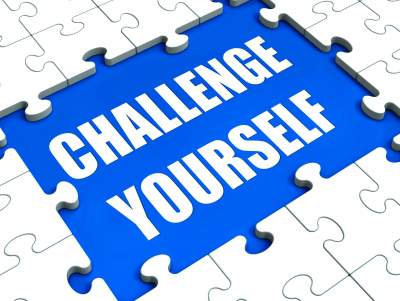 In order to come up with a particular dish or cake there are some basic rules you’re going to need to follow.

The reason I came up with this post idea is because I noticed a very important fact in my coaching so far – it’s much harder (not to say almost impossible) to help people who are not willing to follow simple recipes to succeed, than those are willing to change their beliefs.

Whatever it is that forbid them to open up their mind fully will, unfortunately, prevent them to reach the type of success they say they want.  When this fact becomes so obvious and bigger than the elephant in the hall way, I usually ask the person the question, do you want to be successful or do you want to be right?

But what do I mean by this?

What I mean is are you still clinging to some useless beliefs that is clogging your life?

You Limited Beliefs could be very Costly

Just like a road block in the middle of a highway can create a huge traffic jam, because it prevents the traffic to flow, or a clog in your sink drain can prevent the water to go through and create a catastrophic flood in your bathroom, limited beliefs can prevent you to succeed in your business, finances, relationships and other areas of life as well.

But what’s a Limited Belief, Exactly?

A limited belief is really anything and everything that you and I may believe, whether it has any ground or not.

The two most two huge vehicles responsible for limited beliefs of the human race are 1) culture and 2) religion.  After that we also may have an incredible amount of limited beliefs based on our personal upbringing, whatever’s been put in our heard subconsciously, and our own misinterpretation and conception of things.  That’s a whole lot of limited beliefs from everywhere.

Whether you like it or not, many of those limited beliefs are what’s between you and your success.

What is the Best Way to Get Rid of Limiting Beliefs?

One of the best ways to get rid of limiting beliefs is asking yourself questions about any belief that you may have, but before you even do this you need to know those 3 things about beliefs.

1)  Most of us have not “consciously “chosen our beliefs. They come from our environment. Culture, religion, family, ancestry and so on.

2)  Some of our beliefs are based on our own interpretations, and experiences. Not necessarily on truth.

3)  We tend not to question beliefs that were implanted in us early in life. On the contrary we tend to accept them as facts whether they are or not.

Now ask yourself the following questions:

Do you Want to Improve your Life or do you want to Keep your Limiting Beliefs?

Just yesterday, I was on the phone with someone I’ve been helping, and while on one hand this person wants to take control of their life, on the other hand they are still riddled with limiting beliefs that’s holding them back.  Way back.

They are emotionally drained doing something that makes them so unhappy, while preventing them to advance on their project.

As an excuse this person brings up to me that their deep down belief is that as human we are punished and destined to live a life of torment any way. In their case, it’s a religiously-based belief that they based on Holy Books.

This is a deep down entrenched belief that many people have out there. The belief that struggling and suffering is an inherited part of human life, and that, therefore, we can’t avoid it.

Once thing that I’ve discovered over the years (because I’m no different than anyone else and have been carried away by the same type beliefs anybody else has) is this: The more you believe beliefs that are outside of you, the more limiting they will tend to be.  The more you’ll learn how to connect spiritually from the inside, the more guided you will be and the more successful you’ll become.

The Example of Intuition

Let’s take intuition for example. There isn’t any official manual for mankind that tell us what intuition is and why we should use it. Or even if it’s OK or if it’s wrong to us it.  But we tend to automatically know that intuition is a good thing and that it’s there to guide us. We all have examples where we can remember having or not having listened to our intuition and the results that created.

But what about if you had a belief that tells you that using your intuition is a bad thing, or that if you did you’ll be punished somehow? Do you think that would hinder you from using or even listening to your intuition? You bet it would. Such belief would be an intuition killer, so to speak.

If you had such belief you would deny your intuition every time you have one until you’d probably had no more.

Bottom line, be very careful of what you believe, because your beliefs could pretty much make the difference between happiness, and misery, success and failure and even life and death.

A good exercise that I’ve learned from Tony Robbins is to question all my beliefs. That’s an excellent exercise. I started doing this at age 40, and boy was it a revelation to me!

I started to analyze all the big beliefs that I had and tried to figure out where they were coming from and how much I could trust them if at all. I didn’t care about being right, I cared more about turning my life around to see success at the end of the tunnel.

This is an excellent exercise that I recommend you do at least once in your life. But it’s even better if you do it every time you become AWARE that you’re acting upon a particular belief.

Every time you feel that you’re acting on autopilot; try to find out if you’re acting based on a limiting belief of yours.  Ask yourself the question, what is the foundation of such belief and does it serve me?

You would think that any intelligent human being would be ready to get rid of any encumbering belief to feel free and embrace success, but you’d be wrong. Some of us would rather be right, than successful.

Why? Because getting rid of old beliefs, at times takes courage, and it’s admitting that we were wrong.  Getting rid of some of my old beliefs cost me more than I’m willing to tell you here on a blog post, because that’s not something that people around you take very well at all. Was it worth it, though? You bet it was!

If you still feel stuck, unhappy, and not as successful as you’d like to be, it’s probably because you still have some old beliefs that are in the way.

Once you’re ready to look at the truth in the face, you can start to get rid of them. You can do this on your own or you can hire a coach to help you with that. It’s your your call. It all depends how much you want it.

So, there you have it. Where do you stand when it comes to deep down entrenched beliefs? Are you aware of them? Are you willing to look at them more closely? Or are you even aware of them at all? Please, let us know in the comments below!