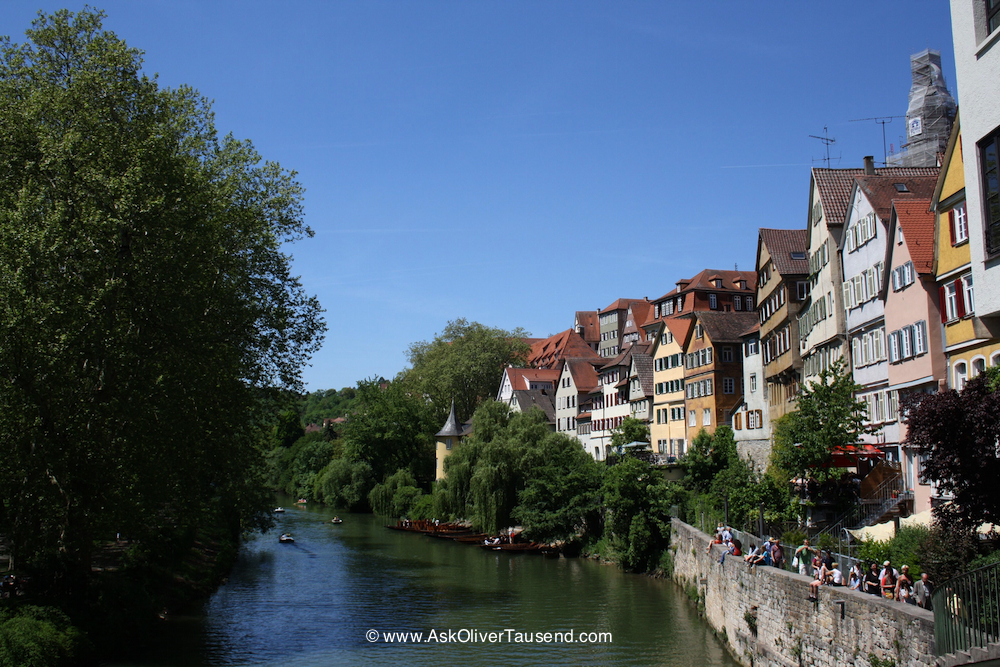 Today I have the pleasure of having Oliver Tausend from Germany who has agreed to write about the town he now calls home, Tübingen.  Believe it or not, I’ve never been in Germany even though I’ve been in one of it’s French neighboring city, Strasbourg in Alsace.    So, to talk about Germany, let’s leave it the German expert … without further ado, here is Olilver. 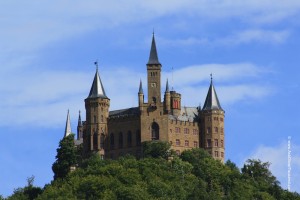 I am thrilled about the opportunity of writing a post about the town we have lived in for ten years now. It‘s not my home town though because I don‘t really know which town to call my home town.

I haven‘t forgotten (and Sylviane either) that this is a France travel & food blog, so we‘re going to examine later in this post why Sylviane did a great job choosing me to write about Tübingen.

Nowadays, it‘s relatively easy to find out stuff about places, so let‘s see what Wikipedia (English) knows about Tübingen (yes, with an umlaut).

At the very beginning of the article it says: “Tübingen is a traditional university town in central Baden-Württemberg, Germany. It is situated 30 km (19 mi) south of the state capital, Stuttgart, on a ridge between the Neckar and Ammer rivers. About one in ten people living in Tübingen is a student.“ This little sentence already contains a lot of information! 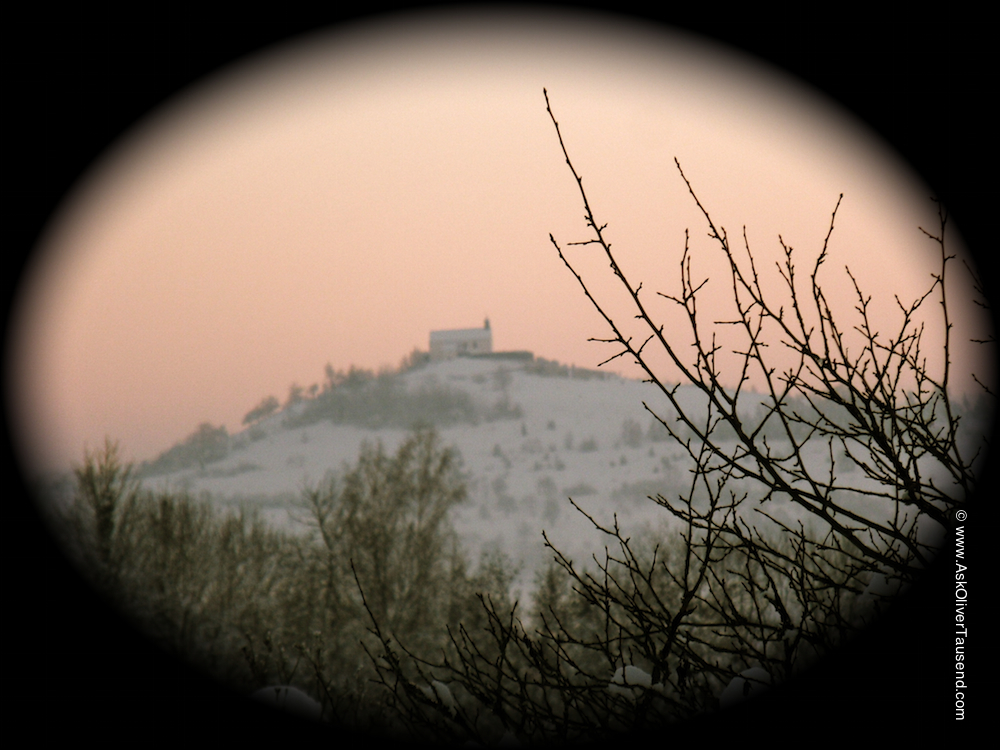 Let‘s see: 1. Tübingen is a traditional (!) university town. Its university was founded in 1477 and it sculpts the urban image. 2. Located in central Baden-Württemberg is an understatement because it actually harbors the geographical center or focal point of Baden-Württemberg – we are the center ! 3. It is actually not part of the Stuttgart area, something we are priding ourselves in, although we are very grateful for Stuttgart‘s airport which is closer to Tübingen than to most parts of Stuttgart. 4. It is situated upon the Neckar river, which is an ace in Tübingen‘s sleeve because Stuttgart – the state capital – is only located at a very modest creek, although most people think the Neckar would run through Stuttgart too, which it doesn‘t in fact (only through Bad Cannstatt) 5. Aha, one out of ten people living in Tübingen is a university student which results in a very vivid, young and colored population.

I am struggling with the adjective  “traditional”, to be honest. Yes, the university may be traditional, but it attracts students from all of Germany and yes, the entire world. So it‘s kind of a melting pot of the rather simple traditional Swabian way of life, academic life and lifestyle from all these other people coming to Tübingen. 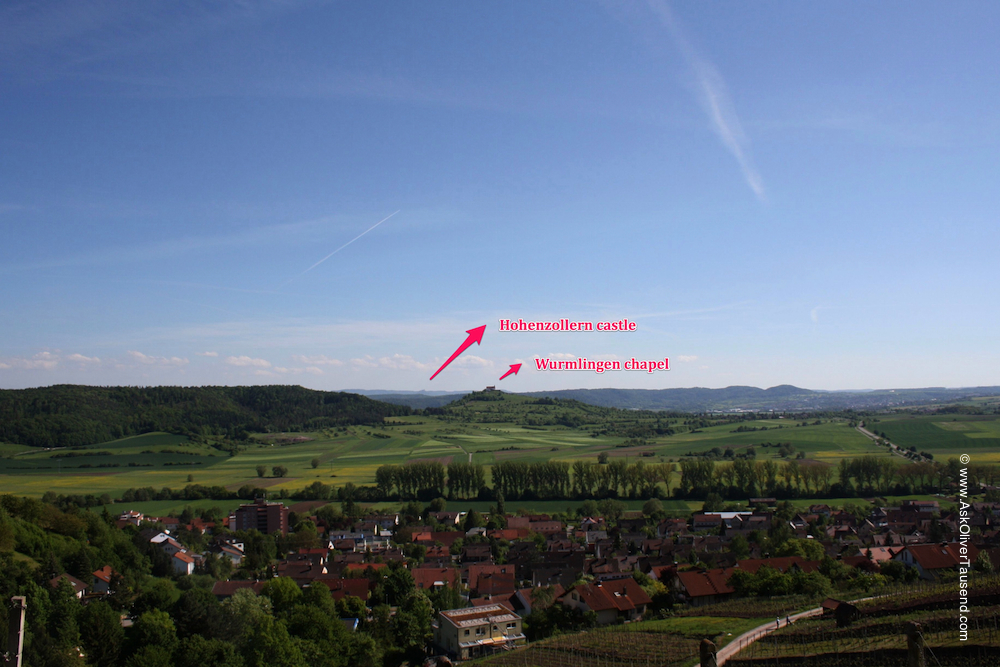 The Swabes (I am one of them) usually are kind people, not always welcoming though (well, let‘s say they can‘t always show their emotions) They‘re rather reticent and if they talk, then in their strong dialect barely opening their mouths. Well, when my American friends notice my German accent, I always say: “No, it‘s not a German accent, it‘s a Swabian accent.“ If you think you speak German, come to Tübingen, try to talk to natives, and you‘ll be humbled.

Don‘t try to convince them to speak High German – it will make matters worse for them and for you. What assets does Tübingen offer you as a permanent resident and a visitor ? It has a beautiful old-town located upon the Neckar river. Its environment is just as beautiful, a lot of hills, forests and castles where you can relax in any season.

Although it may be difficult to socialize with people in the beginning, they will love you forever once you know them. No, we‘re not superficial. Being a relatively small town (about 90 k inhabitants) it has anything you need to live a great lifestyle: Nature, food, culture.

Stuttgart is close for larger events such as pop concerts and soccer matches. Within a two hours drive, you can either be in France (aha !) – crossing the Black Forest – or Switzerland, passing by Lake Constance – the Swabian sea although Bavaria, Switzerland and Austria claim their fair share of it too. 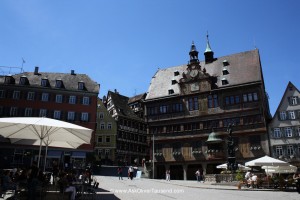 The Relationship between France and Tübingen

Now, what‘s the relationship with France ? As mentioned above, we‘re pretty close to the most Eastern part of France (the Alsace) and after WW II, the French army was stationed in Tübingen – that means a lot of French people know Tübingen. This circumstance saved my wife‘s driver‘s license three years ago when she got stopped by French police for speeding, in Vienne near Lyon.

The police officer looked very gloomy at first and said: “Madame !“ When he noticed that we were from Tübingen and on our way home, his facial traits visibly relaxed, he smiled and said: “I was stationed there when I served in the French army… I will let you pass with a small fine (only 30 €) and won‘t report you to German police.”

The French army is long gone, but they left their whole infrastructure, especially buildings. The former baracks were converted into a whole new neighborhood called the French Quarter with streets like “Aixer Strasse” or “Mirabeau Weg”. I don‘t like this quarter very much, but anyway, it‘s an architectural role model for converting military infrastructure.

They turned swords into ploughshares. Isn‘t it interesting that one of the most beautiful and lavish buildings (the Thiepval) is occupied by Tübingen‘s fiscal authority ? And the street names of this quarter point to one of Tübingen‘s twin cities, the beautiful Aix-en-Provence in France. 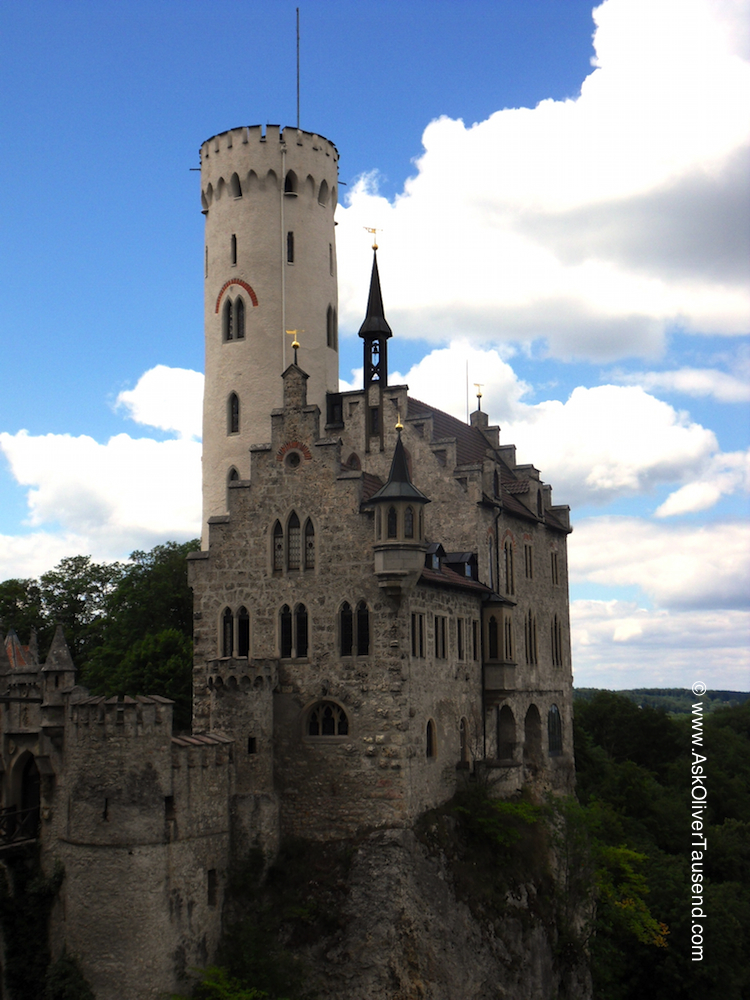 While Tübingen is very proud of this friendship, hardly anybody in Aix knows Tübingen, as we realized last year when we visited Aix en Provence. In as little as 4 h 38 mins you can travel from Tübingen Central Station to Paris Est via Stuttgart – by taking the French TGV or the German ICE that runs from Stuttgart to Paris.

Now is that a seduction when you come to Paris ? Let me know, and we will welcome you here in Tübingen. What is the downside of Tübingen ? Because of its proximity to Stuttgart and the constant influx of new people, the cost of living is amazingly high, considering the small size of the town and the absence of major economic players in Tübingen itself – it’s an administration and university town and therefore consuming tax money rather than producing it.

Especially housing is very expensive, inadequately expensive I would say. I have never really understood why this is the case, but chances are it‘s a combination of the stubborn Swabian mentality and scarcity of appropriate construction land.

In my view, it‘s being kept scarce on purpose by different pressure groups for different reasons, but that‘s a whole different story. Finally, here’s a little video I did about Tübingen: And this is one about Aix en Provence, Tübingen’s French twin town:

You turn now, tell us what you thing …. down below…