Similarities And Differences Between France And Italy 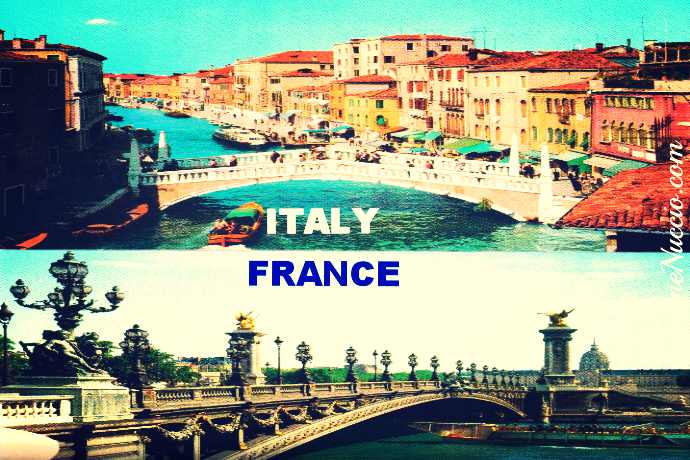 One thing I can say, is that both countries have both similarities and differences as well.  But that’s the case for every single country in Europe.

I guess that’s what makes Europe so rich.

You could drive or hop on a train, and by the time you get off, you’d be finding yourself in a different culture, different language and slightly different way of life.

In the this post I wanted to discuss the similarities and differences between France and Italy.

Both gorgeous countries that I know well enough to be able to write this, being from France and having an Italian family on my father side.

As far as living in Italy, I’ve never lived there yet, but I’ve been on vacation both in the north and south of the country.

So, let start with the most obvious difference of all…

Both French and Italian are called romantic languages, and both have Latin roots.

But don’t be fooled by that, though, the languages are very different.

A friend of mine who is originally from Colombia visited both France and Italy last year, old me that while his Spanish was really helpful to manage in Italy, it was very hard for him in to communicate with people in France.

I totally get that.

Spanish is the language that would help you the most if you wanted to learn Italian.

I know that there are some people out there thinking that if you can speak one you can pretty much speak the other, and oh, I wish it was true!  But people believing such thing, are usually people who don’t speak either of the two languages.

The truth is that’s really not true. They are two very different languages.

For example, let me give you some very basic words in both language and you tell me if they look alike enough so you could guess them from one language to the other. 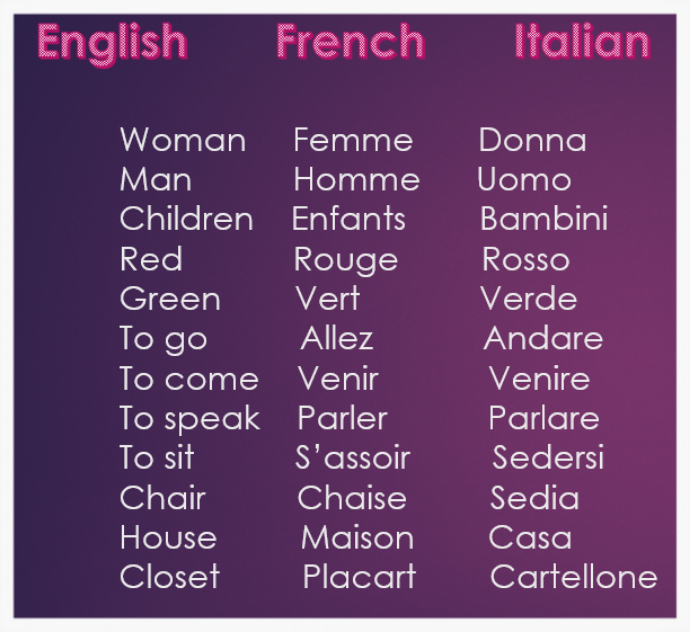 Now if you look at that list, you have a very good idea about how both languages can be similar and different.

And don’t forget that even if they spell a bit similar, they sound totally different. Pretty much the same as when English and French words spell similar, but you wouldn’t recognize the if you heard them spoken.

All in all, each language is it’s own, and there’s no such thing as speaking or understanding one simply because you speak the other.

Now does a French speaker would have an advantage over an English speaker to learn Italian?

Yes, most definitely, but that’s about it. 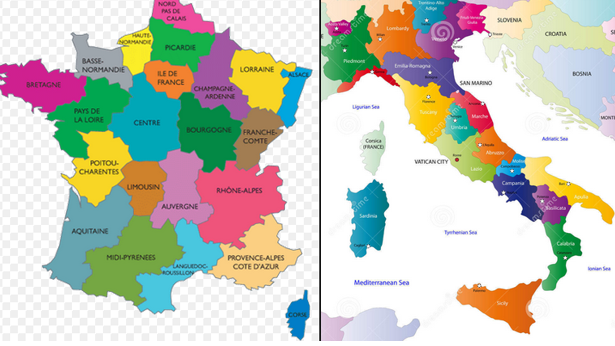 France is almost twice as big as Italy, but Italy is more crowded.

Italy has 61 million inhabitants with about 200 people per square mile, with a total square mileage of 113,521.

So, in case you didn’t get it from the numbers, while Italy is smaller than France it has about 100 more inhabitants per square mile.

Both countries are known to be among the best cuisines of the world.

Both cuisines are very rich and tasty, and both Italy and France have different dish traditions depending on regions.

But that’s NOT the only food they can cook either. Don’t be mistaken.

I personally love both cuisines.

I could eat pasta every day.

My Italian heritage, I guess.

Both countries have been wine makers since the Greek Empire which is older the Roman Empire, for those who don’t know.

In other words, France and Italy have made wine for 3,000+ years.

There are the two biggest wine drinkers in Europe, with Italy right behind France.

Both countries make some of the best wines in the world.

Both Italians and French love wine and drink it on a daily basis.

Ah, this one is an interesting one!

Now, I think that we should always take generalizations with a grain of salt, but since I’ve  grown up around both French and Italians, I have a very visual memory of both personality types, from the people I knew.

Here is what I’ve observed growing up in a two side family, French and Italians.

Again, this is my own personal observation of both French and Italian flocks that I grew up with and around.

I’m saying like it is, either good or bad, but it’s only a generalization based on both sides of my family. And as you know, no generalization is going to apply to every single individual.

As a whole, Italy is warmer than France, since it’s more southern.

The average temperature in Central France in summer is 70 degrees while in Central Italy is 80 degrees.

Just remember that these are only average summer temperatures of center regions, but of course, northern Italy is warmer than northern France.

Both countries have 4 seasons just like the US, and at the same time. 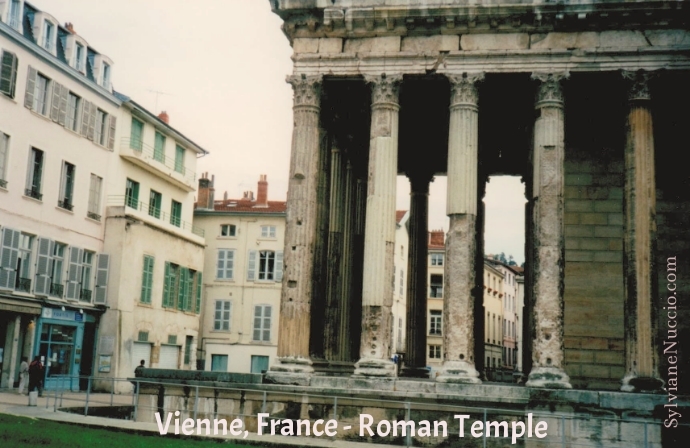 Both countries are pretty much as old as them make them.

Both countries still have vestiges from the Greek and Roman Empires still standing. For obvious reasons, Italy having been the Roman Empire center has more of it.

Rome is the capital of the country, and the place where you can find the most popular Roman Coliseums.

Paris, however, is not the city hosting the oldest monuments in the country.

But in Vienne, France, for example,  you can find a Roman Temple (the Temple of Augustus of Livia) dating from 20-10 BC, at the heart of the town.

Above is my own picture of it. My mother has lived there for a few years after she sold the house I grew up in.

So, here you have it!

I hope you enjoyed those facts about France and Italy, and have a better idea of what to expect if you ever go to visit those two beautiful countries.

Please, let your feedback and comments below!

11 thoughts on “Similarities And Differences Between France And Italy”