Learning French 3 Minutes At The Time 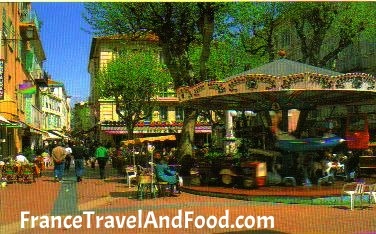 Do you remember the old days when you could learn French only with a bad school teacher?  I sure do remember my bad English teachers in French schools. Never learned anything worthwhile with them.

Well, I don’t want to sound mean for teachers, but I know one thing, learning a language with a non-native or at least someone who has spent consequent years in the country of the language they are teaching, can’t really be trusted 100%.

That’s why 15 years ago when I was  tutoring high school students from home to help them with their French classes, I was kind of filling in where the teachers were lacking.  Like my mother used to fill in where my bad Spanish teacher was lacking when I used to be in School. Never learned Spanish with that (French) teacher either

Today, however, there are programs that are spoken and taught by natives, and even if you didn’t want to spend money learning French with a program that you would have to pay for, you could always browse videos on YouTube and learn some French that way.

So, for this fun summer post, I browsed around French pronunciation videos by natives French and thought I’d share some with you.

Pronunciation in French is very Important

Well, as it is for any language, right?

I think we’ve all heard that at times foreigners have said that French are rude, and they are at times, but what happens sometimes is that they get annoyed if your pronunciation is so way off that they can’t understand you.

You see, when you’re someone like me, living abroad and having traveled a lot, your ears get used to understanding any type of accents under the sun.

That’s why I’m able to understand people who speak very bad French and with a very  heavy accent.  On the other hand, people who have not traveled that much and lived only in France their whole life, they will probably not understand a heavy accent.

I remember that my mother used to dread it when someone here would try to speak to her in French, because when they had a heavy accent she wouldn’t understand them at all.  So, she dreaded it, because she didn’t want to offend the person, yet she could help it, if she didn’t get it. It wasn’t her fault, it was the heavy accent’s person’s fault.

So, when that happened, I basically had to translate what they were trying to say in French to her, and then I had to go into an explanation why she wouldn’t understand them while making sure they wouldn’t get offended.  Oh boy, I didn’t like it either.

So, keep this in mind. For a French ear, a strong accent will most likely NOT be understood, and you might get reactions that you are taken for being rude, but they may not have the time or the patience to try to figure out what you’re saying.

So, my tip for you today is this. Work as much, if not more, on your pronunciation as you would on vocabulary.

Here is a series of cool videos to learn easy and useful sentences along with the correct pronunciation.

How to say thank you and you’re welcome

How much it is?

So what do you think?

Don’t forget to leave your thoughts and comments below!

9 thoughts on “Learning French 3 Minutes At The Time”