How To Become A Money Magnet – Part One 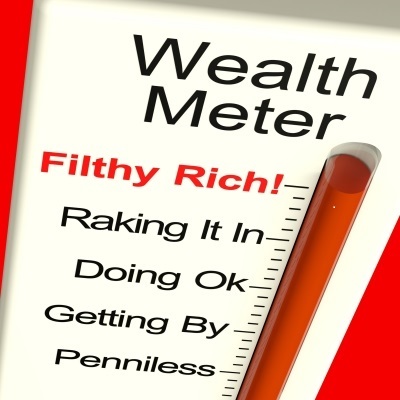 This summer I thought I would write a manifesting money post series.  A step by step on how to become a money magnet.

If you are familiar with the Law of Attraction, you know by now that you can literally make money manifest in your life.  However,  knowing this and actually DOING it – make it happen – are two different things, aren’t they?

There is a gap between knowing something, and actually being able realize such thing.  There’s a bit difference between hearing, reading and even believing that you can attract money, and actually attracting it in the form of notes, and bank accounts.

The goal of the post series is to help you narrow such gap or even eliminate it completely.

What’s the Power to Manifest?

You may be thinking, if I have the power to manifest money what don’t I?  If just thinking about money helps manifesting it, why doesn’t it manifest right now? I’ve been wanting and thinking about being rich, what hasn’t it work for me yet?

There are two reasons for this.

1)      The fact that we can’t instantly materialize something just by thinking about it here and there is a protection for us.

That wouldn’t be good would it?

We all know that we do think a lot of crazy things at times, so it’s such a blessing that we can’t manifest those instantly.  It’s bad enough that we do manage to manifest negative things after having thought about for a lengthy period of time.

Believe me, the fact that we don’t attract instantly is a huge protection.

The main reason for this is that we are born and raised into a rather negative environment where we “learn” early on that we are not here to have fun, but to work hard and suffer.  Yes, that’s what most of us learn as we were growing up. Therefore, there’s no surprise that we have a hard time attracting good things such as  money.  We’ve learned how to resist it instead.

Why do we Come to this Three-Dimensional World?

Contrary to what we have been told for ages, we are not born to suffer and be miserable most of our lives. We are not even born to waste our lives in a job that we hate from 9-5 some 300 days a year.  That’s what most of us end up doing, because we are stuck in a rut, but we weren’t born for this.

Our natural state is to be RICH in every way shape or form. The reason we’re not is due to negative feelings of unworthiness, lack mentality, depression, inadequacy and confusion.

Let’s not forget that this world is ALL ENERGY.  We are energy, our thoughts are energy and we attract equivalent energy that manifests in a three-dimensional world in the form of events, people, and, yes, money.  When you send negative energy out with negative feelings such as mentioned above, you consequently bring equal results – three-dimensional results of that same energy.

No matter where we are born, even if it’s a so called “free thinking” country, we are conditioned by the few who have a vested interest in controlling the mass.  If you’ve never watch it yet, I suggest that you watch the movie-documentary Thrive, and you will fully understand what I mean. (It’s over 2 hours, but well worth it).

Do you know that a very simple and common reason why you don’t have money or just enough to go by is because of the negative feelings you have about money itself?

Now I can hear you from here.  You’re saying, I don’t have any negative feelings towards money!  Well, I bet that you do.  Have you ever said things like…

– I want to be happy, not rich

– You can’t be wealthy and spiritual at the same time…

Should I go on?

Let’s be honest, most of us have said at least one of the statements above.  Many of us still, have said just about all of them at some point in our life.  And even more of us have heard our parents say such things on a regular basis as we were growing up.

Bottom line, we DO HAVE some negative feelings about money.  Some may be more obvious than others, but there’re there.

The very first thing you need to do in order to attract money – and when I say money I mean the kind of money that you’d like to have to be able to call yourself “financially free” – is getting rid of any negative feelings you have about money, no matter how deep or light they are.

Having money is not bad. It can never be bad because money is neutral.  It’s what you may do with money if you are greedy or downright bad that could make its use bad, but not money.  Never.

Understanding the Energy of Money

Nowadays, since we have a much better understanding of quantum physics we know that everything is energy and nothing is as solid as it may appear to be to the naked eye.

As quantum physics explains it, everything is an oscillation of wave energy.  Such waves of energy do take forms when they are “observed”.

Using the natural laws of quantum physics such as the law of attraction, there are three main things you need to understand about manifesting money.

1 – The universe already possesses all the money you will ever want and need.

2 – Focus on the abundance you already have, and be thankful for it daily.

3 – Affirm that you have all the money you want every day using affirmations and visualizations.

So, this closes the first post of this series on how to become a money magnet.  This is the first and very important step.  Make sure you understand this very well, in order to take full advantage of the next post to come on this series.

In the next post we will be talking about getting in alignment with the abundance of the Universe to be able to manifest money.

32 thoughts on “How To Become A Money Magnet – Part One”