How Can A Life Coach Help You? 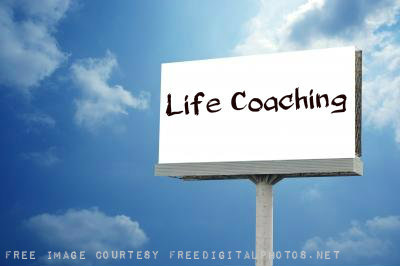 So why are we hearing and reading the term life coach or life coaching all over the place nowadays, and is it a good thing? But most of all, how can a life coach help you?  To begin answering those question let’s go in human history in order to understand why life coaches have made their appearance in more recent time.

The Human Race Has Evolved

One thing you are probably aware of is that the human race evolves as time goes on.  We don’t stay the same centuries after centuries.  Just go down history lane and you would easily understand what I mean.

Back in Biblical times people had to kill a lamb in sacrifice for their sin; aren’t you glad you don’t have to do this anymore?

More recently in human history you would be burned alive if you were hearing and speaking to spirits, yet it was OK to ship human beings like cattle from another continent to enslave them.  More recently still you could be hanged for a simply theft case.  Any very recently in history, as recent as when you were a child, you may remember that it was OK to inflict corporal punishment on your children or even your school students without getting in  any trouble with the law.

Looking at our history, needless to say the human race was more mentally primitive and has evolved greatly.  That’s why when I hear people regretting the old days I always say, well, not everything was better in the old days, was it?  I don’t know about you, but I wouldn’t care too much to have lived in the 17th century, do you?

So, yes, thankfully, the mind of the human race as a whole has evolved to the point that we have become less animalistic and more spiritual.  Because of such higher spiritual level of energy floating around the universe we are attracting more and more spiritual/mind development information such as this blog and hundreds of others, and we are creating the need for life coaching.  Don’t you love living in this day and age? I know I do!

People are more interested in their mind and spirituality than ever before, and that’s one of the best things that has ever happened to the human race since its infancy.  Yes, they are still some group of people who are still leaving in some type of  mental stone age, being tyrants by today’s standards, but over all people are becoming more and more aware of their higher self, and therefore, are more and more attracted to personal development materials. Thus the rise of life coaches.

What I like about life coaching is that people don’t come to us like they would to a doctor.  I mean by that that you go to a doctor because you’re sick or because you want to prevent some potential illnesses.

In the case of a life coach, the only people that would come to you for help are people that are already “up there” mentally and aware of their potential power, abilities, and talents to get where they want.  Sometimes, it might still be a subconscious awareness, but it’s there.  If it weren’t you wouldn’t even look for a life coach.  In other words, a life coach attracts his or her clients naturally, according the universal Law of Attraction, and it’s beautiful that way.

Reaching for Higher more Spiritual Grounds as an Individual 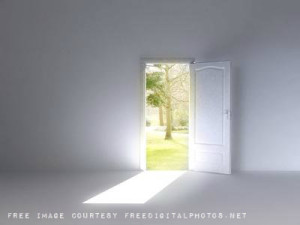 If you have reached the mental maturity that is given to mankind nowadays, you might be looking for reaching a higher ground of spiritual insight.

To give you an example to illustrate this, I am presently reading a book by Kelvin Cruickshank  a well known psychic from New Zealand who was relating how he started seeing spirits when he was only 4 years old.  When you’re 4 you have no attachment to any religion and most likely no religious beliefs of your own, anyway.  Yet, it’s interesting how the spirituality of a little boy that age was already letting itself known.  Just a parenthesis to make sure we are on the same track here, when I use the word spirituality.

Can we Make our Mind Grow?

Some people have asked me the question, can I make my mind (the higher self part of me grow?) and my answer to such question is yes, of course you can.

Just like you can bury a natural ability of the mind such as a “psychic gift” you can also develop natural spiritual abilities and higher understandings. But it all depends on what you do.  What I do know is that preventing your mind to grow doesn’t give good results.  On the other hand, increasing your mind by empowering it opens many doors to a better you.

To give you another example of what I’m talking about, my aunt (my mother’s older sister) also had psychic abilities as early as 3 or 4 years old.  However, my grandmother got so frightened when my aunt used to tell her that she was seeing a little pig on the ceiling or some children in her bedroom that she did everything in her power to make my aunt (then just a small child) bury that psychic ability.  The funny thing is that my grandmother had psychic abilities herself.

Did it work? Yes, it did. My aunt never had another vision after age six. Not once in her life, and she is 81 now.  However, if you knew my aunt as well as I do, I’m sure you’ll be able to tell that something is ”missing” in her.  I didn’t know it all these years living with and around my aunt, but today, as a life coach, I am pretty sure that it has something to do with that buried spiritual gift of hers. 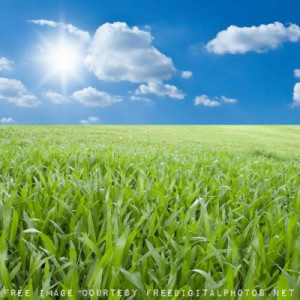 How can a Life Coach Help you?

Bringing your God given gifts back to life, or developing some gifts you didn’t know you had, or helping you seeing what’s blocking you from achieving what you want in this life; that’s what a life coach can help you accomplish.

As I always say, a life coach can’t take steps for you, but they can help you to get on the right path or discover a path you didn’t know was even there.

People have questions about their health, their financial situation, their job, their relationships and everything in between.  Most of the time, it’s almost impossible to clearly see the whole situation you’re in yourself, but a life coach being an outsider to such situation can see something that was right there, totally blinding you.

It may be some very deep down subconscious beliefs that you may have due to your upbringing.  We all have them, but when it comes to our own we are often times totally blinded by them, not conscious that they even exist and standing between us and the success we are trying to reach for.

A very common denominator we all have is called “mom”.  For most people what mama said and did has stuck with us all throughout our lives. Many things you’re probably able to find out yourself, but some other things are so much part of your subconscious programming that you can’t see them, unless someone point them out to you.  That’s what a life coach does.

I will never forget a story that famous life coach Harv Eker tells in one of his books. One day a man who came to one of his seminars was telling him that he made very good money up to 5-6 figures a month, yet, he always managed to dilapidated it all until he was broke by the end of the month. Then, he made another big fat check at the beginning of the month and started the money-wasting game all over again until he was broke.

The man understood he had a problem, but didn’t know what it was.  So life coach Harv Eker started to ask him some basic questions about how he was raised and what he was taught as a young child.  Then the man said a key phrase. “My mother always said that rich people are pigs”.  When the man said that, Eker knew instantly that he had found the root of the money problem that this man had.  Eker said; “Consciously, we all want to be rich, but most of all, subconsciously we never want to disappoint mom and no one wants to be a pig”.

Consciously no one would waste all their money in order to be broke at the end of the month, but subconscious we do.  As I said in many of my posts before, the subconscious mind doesn’t reason logically, it just makes us act based on our programming.  The subconscious mind says “pig is bad.  “Mom says it bad.  Must lose money asap in order not to be pig”. That’s as simple as this.

This is an area where a life coach can help you greatly. This man was helped by life coach Harv Eker, until he was healed from his money issue.

Over to you know. Please, leave your comments or question down below!

35 thoughts on “How Can A Life Coach Help You?”