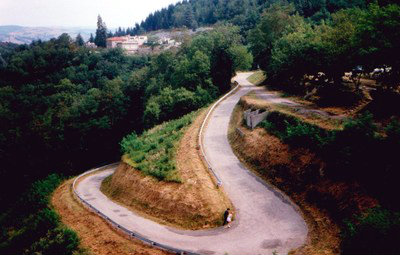 France is not a country you can go around on a week-tour, but if you do go to France on a week-tour, you need to know that you would be missing out.  The good side of this is that you can go back some other time and discover something totally new and different.

Each region in France has its own personality and pace.  I’m sure this is true for any country, but it’s most certainly true for France.  You can hear a difference accents and even witness a different mentality, depending if you are in the north, in the south or other regions of the country.

The Different Tastes of France

If you hang out in Strasbourg you will observe a German allure, if you hang out in Carcassonne you will find a taste of Spain, if you hang out in large cities such as Paris, Lyon or Marseille you will see a lot of tourists and immigrants which obviously bring their own flavor to the décor, and if you dare to travel in the smaller regions and villages you will be in direct contact with the deep France.

I love all of the facets of France, but my favorite one is the small villages that you can find in the heart of the country.  I am talking about the France were you can still find some people who may have never been in another country, and back in the years, some people who had not even been in another region.  People who used to speak “Patois”, local French dialects which have basically died with the people who used to speak them, and where older widows would wear black until the end of their days.

I grew up in such place where older folks were speaking among themselves in “patois” unless they were in the presence of young people who didn’t understand it.  When I think back, I am so glad I did grow up in such a place, because such types of French regions would give you peace of mind and the love of slow pace and quiet that you would carry with you all through life.

Even though “Patois” are pretty much extinct in most parts of France, accents are still alive and well.  You won’t hear the same accent if you go to Lille, Paris, Marseille or Lyon and that’s just few examples.  Just about every regions of France has its own accent, more or less.  This is what makes France all the more interesting.

I will never forget how years ago in New York, an American friend of mine who loved to practice her French with me got so depressed when she found out while watching a movie from Marcel Pagnol that she couldn’t understand French when spoken by people from the south who have what we call the “accent du midi”.  I had to laugh when she asked me if “I” understood it.   Well, any French accent is not a problem for anyone born in France, but it can be for a foreigner who is learning French, as words and tunes do sound different.  That’s what accents do!

The prices for hotel rooms have gone up, especially during the past 5 to 8 years.

The cheapest hotel rate that you will find in Paris this days for a single room is around 70 Euros, which is around $88 per night (at the time I am writing this article).  If you go for double you need to expect to pay a minimum of 115-150 Euros ($146-$190).  Just keep in mind that those are the LOWEST prices.  Most hotels will be above those rates.

If you manage to find a package where your flight and hotel would be combined you would most likely save money.  For packages in Paris, you can check hotels such as Hotel le Petit Paris, Park Hyatt Paris Vendome, Hotel Sainte Beuve and Le Relais Montmartre in Paris.

Your Dollar Bill in France

Remember that your dollar notes won’t be accepted in France. You will need to pay everything you purchase in Euros.  It will save you money if you actually use your bankcard at ATM machines to get money which will be cheaper for you as the percentage-based fee is usually less than to exchange you currency.

On the Road of France

If you drive in France, remember that the seat belt is mandatory. The minimum age to drive is 18.  While the speed limits are higher than in the US (81 mph on autoroutes) they are more closely watched by police.  As most of your know gas is more expensive in France and the price that you see is for the “liter” not gallon (one fourth of a gallon).

It is absolutely prohibited to drive while you are on the phone in France, and you will get a ticket for this more than anything else.  A friend of mine who had no cell phone in her car was stopped by police because they “thought” she had one as she was holding her hand nearby her ear.

French people do drive faster in general than American, but are much more disciplined in following the rules. NO slow drivers on the left lane are tolerated.  You would be “honked down” if you’d tried and maybe even reported to police. Just remember, slow traffic right, fast traffic left. No exception.  The rule of thumb is that unless you are passing a vehicle you have no business on the left lane.

French food could be a whole post on it’s own.  If you go anywhere in France, ask for what the “special” dish is, and make sure you taste some of it.  Of course, we know that the number one favorite drink in France is dry red wine.  Make sure you ask for a good quality local wine at your table.

Listen, those guys have the accent from Marseille (L’accent Marseillais)!

So, what do you think? Are you planning on traveling to France soon, or maybe one of these days? Do tell…

15 thoughts on “France Preview For Travelers”