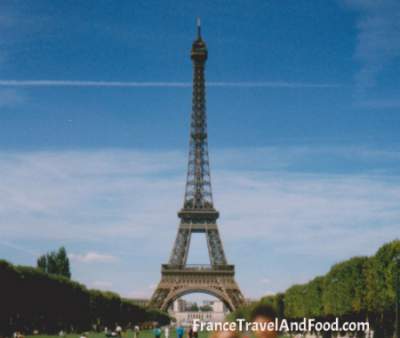 Just the past Monday the Eiffel Tower was celebrating its 125th anniversary.

The birthday that what French like to call “la Dame de Fer” ( the Ion Lady) should have never seen as it was scheduled to be demolished after only  20 years  of existence in 1909.

As you may or may not know the Eiffel Tower was built for the Universal Exhibition of 1889 and was designed by engineer Gustave Eiffel. Thus its name “Eiffel Tower.”

This allowed the Eiffel Tour to find a reason to be a strategic use for the military, and confirmed its use and reason for existing. The tour was also used during WWI to decipher messages from the enemy and defeat their destructive strategies.

But it’s only after a few decades that the Eiffel tower was recognized for the beautiful and majestic building that it is. Even famous French author Guy de Maupassant who had called the Eiffel Tower a “giant and disgraceful skeleton” was seen there few years later on a regular basis having dinner on the first floor of the Ion Lady.

When asked why he was going to the tower so often, he replied that it was the only place of Paris where the tower couldn’t be seen. 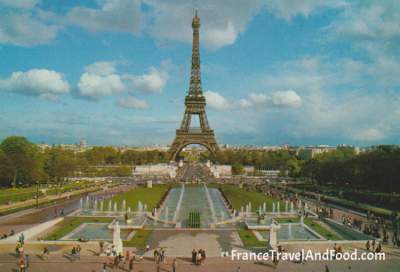 Even though the Eiffel tower is certainly not the highest building anymore anymore with its 312 meters (1023 feet) which the Chrysler Building in New York beat in 1930, it certainly is one of the MOST recognized figure of the world, representing Paris in particular and France in General.

If you have never seen the Eiffel Tower up close and personal, let me tell you that no images, moving or still will give you a fair representation of what it REALLY looks like.

To me the Eiffel tower is GRANDIOSE  and MAJESTIC. After 5 years living in Paris, I still couldn’t get enough of it. I could see it far off from my window, and it was the first thing I’d look at every morning.

Even though the Eiffel tower may not be as tall as some tall buildings in New York city and other cities in the world it’s to me the most impressive.

If you come close to the feet of the tower and look up, you will have the sensation that the big ion lady is falling on you, and it will give you the creep. If you get on the elevator and go to the top floor, you are almost going to wish you hadn’t gone. The feeling is that you are stuck in a giant pencil lift up to the sky. But, please, get some guts and get on there, if you ever go to Paris. You’ll have a feeling that you probably never had before.

Now what those guys are doing on the video? Only for the very braves.

Now those guys have got some guts… Watch this… I hope you enjoyed this… Please, leave your comments below.