Why You Never End Up in a Bad Relationship by Accident 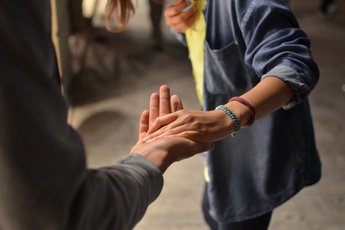 You have had your share of bad relationships and you’re probably thinking that you’re just the unluckiest person in the world.

Why me? You’re saying!

Why are my friends and other relatives enjoying a happy marriage or relationship and not me?

This is a question that many women are asking themselves and maybe YOU are asking yourself as well.

But what happens when you don’t have the answers to your deepest questions in life?

Well, what happens is that you blame fate and circumstances, because how could you ever think of anything else?

Well, in this article I am going to show you why you never truly end up in a bad relationship by accident, and what you must come to understand if you want to break the bad cycle of your relationships.

When something bad happens we all want to think that it’s because of bad luck and that we have nothing to do with it.

Most of us, no matter where we were born and what type of social class we grew up in, we were taught that concept by our parents, teachers, and society at large.

But is it, in fact, the truth?

Is what we’ve been taught by other people that didn’t know any better always true?

Fortunately, today we are living in a time where we are starting to understand many things way more clearly than we ever have been in the past.

Today we understand that what we call luck or circumstances have more to do with the thoughts and energy that we are sending out than they have to do to chance.

Pretty much everything in your life has an explainable source, and even if we can’t explain it, there’s probably a reason anyway.

The fact that we may not be able to explain the source of a problem doesn’t mean it’s not there. There is a source to it, we just don’t know what it is.

In the article, I am going to explain how the making of the relationship machine works, and as you read it, I am sure that you are going to recognize yourself.

Why am I so sure?

Because this is true for me and for all the women I’ve met so far, whether they were my clients, my friends or my relatives.

It’s true for everyone because we’re all subject to the laws of the universe we live in.

But to help you understand how this works let me give you an illustration.

Why do we End up in Bad Relationships Repeatedly?

Once you understand the process I’m going to explain here, you are never going to look at your relationship pattern the same way again because you are going to understand that whether you’ve been in an ideal or awful relationship, there is a perfectly logical reason for it. 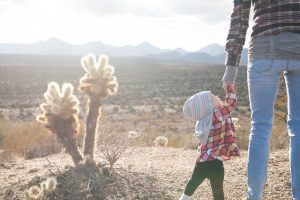 Let’s say you were raised by a mother who was catering to your father. She was the kind of mother who cooked and cleaned and did everything for her husband almost as if she was his mother as well. Most likely she did that because that’s how she was raised.

And let say that on top of that your father wasn’t treating your mother all too well. Not that he necessarily abused her, but he simply took her for granted.

You never saw your father complimenting or appreciate your mother in any way.

If you grew up in such environment, whether you’re aware of this or not (most likely not) as you grew up in such family setting your subconscious mind was being programmed into believing that a wife is a mother type woman that does everything for a man while she’s not appreciated at all for it.

This pattern is now to a greater or lesser degree part of your “subconscious DNA” so to speak. That’s what you believe subconsciously even though you may totally be against it consciously.

Consciously you want the prince charming of course. You want a man that treats you like a queen and who knows how to share house chores, helps you in your decision making and supports you when you need support.

That’s what you know you want, consciously.

What you may not know, however, it’s that subconsciously you don’t want that at all.

Subconsciously you want a man that needs a mother type wife and won’t even so much respect her for all she does.

Now, what type of men are you going to attract based on your subconscious programming?

Most likely you are going to attract men who are looking for a mother type woman that they can bully.

So, one day you meet a man who has had a mother who didn’t fill that role very well, and this made him rather angry and lacking emotionally in many areas.

This man also is looking for the perfect partner, but what he’s looking for subconsciously (while he’s totally unaware of it) it’s a woman who is going to “fill his mother’s role” in more way than one.

So, he’s going to attract a woman that will be a mother for him, but she’s got to pay for his mother’s lack of love and caring. So he’s going to disrespect that woman at best, or even be abusive and violent towards her at worst.

He doesn’t know it, but subconsciously he’s looking for a mother-type woman that he can abuse.

He’s looking for you!

The first time you and such man find each other, you are going to be a perfect match.

Your vibrations are matching and you are subconsciously drawn to each other.

This is the basic process of how bad relationships start.

This is just a scenario example that I’ve observed over and over.

Just an example, but the process is the same for any type of subconscious programming that an individual may be carrying around.

There are much more cases out there, but the process is the always the same.

This is why for the most part, women who are in a toxic relationship pattern are finding that such pattern is sticking to them forever.

The only way to get out of such pattern is by removing the “deficient” subconscious programming, so to speak, and replacing it with a new one.

If you are ready to start doing that, what don’t you request your own relationship evaluation secession?

This is my gift to you, so take it while it last – It’s FREE, but I can’t promise that it will always be here.