Why Do People Settle For Less? 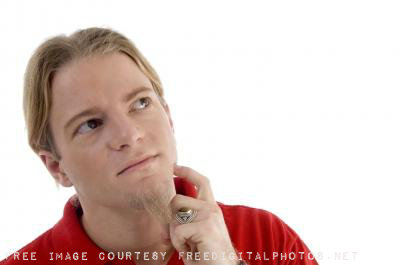 “Until you make the unconscious conscious, it will direct your life, and you will call it fate.” Carl Jung

So, why do people settle for less?  In fact, we all have settled for less at one point or another and no matter where you are in life this information can help you if you feel that you are settling in your life.

The Reasons Why People Settle

I have grown up around people who have settled for less (most of us do), and never have asked themselves the question, why?

It was just the way it was, and they just never even began to think  I could do better with my life!  It was just not something that ever came to mind for them.  The main reason for this is that when the brain is well conditioned it will go to a point where the person never, ever, questions anything.

Such people are not dumb, stupid, or uneducated; as a matter of fact, they can be very bright and talented such I the people I know and grew up around, but they are just conditioned by their upbringing.  As sad as it may sounds it was very common in the past, and even though it has gotten a little bit better, it still is widely spread.

In other words, my career as a life coach is still very promising. So, so many people need to wake up from their “comatic state”.  But they can’t do it alone for the most part.

Please, don’t get me wrong now, I am just stating the truth.  I had to wake up from my own coma myself, so I know what I’m talking about.

Low Self Esteem will Make you Settle for Less

However, low self esteem is something that is learned. No human being was born with low self esteem.  So, if it’s learned it can also be unlearned and we will see how below.

Fear will Make you Settle for Less

Fear is the first child of low self esteem and it’s a pure poison that will tie you up stronger than physical chains.

Fear is also a conditioning of the brain that starts after we are born.   As I read once “your fears are a manifestation of your personal perception”. That’s the very reason why for example, “person A” might be fearful of something while “person B” isn’t, and vice versa.  It’s all about how they “perceive” what they are scared about.

In other words the fear comes from them, not what they are scared about.

Fear is also curable, and we’ll see how below.

False Sense of Comfort will Make you Settle for Less

There is an extremely widely spread false sense of comfort out there and that’s what is keeping people from taking actions and encouraging them to settle for less.  You feel that you are secure in that job of yours until you get laid off.

I know a handful of women who had stuck with their less than perfect husband until their husband left them.  False sense of comfort is the twin brother of settling for less, and it’s a liar.  You believe that you are in a comfort zone while you are really in danger.

False sense of comfort has a cure and will see what it is below.

Your Specific Beliefs will Make you Settle for Less

Beliefs are pretty much entrenched and if you think about it, most people spend their whole life without challenging any of the beliefs that they were raised to believe.

If you do, you don’t belong to the majority, but you should cherish that gift.  I am always so thankful for this myself.  I’ve always questioned things since I was a child, and I always had a darn hard time to compromised that used to drive my mother crazy.

Here is an example of entrenched belief.  I was speaking with someone yesterday who told me that he was a bit overweight because as you grow old your metabolism slows down.  I challenged him on that by saying; another thing that will slow down your metabolism is if you put this in your mind.  If you belief that it is so.  My metabolism has not slowed down, mostly because I refuse to believe those things.  But guess what? He kept saying that’s how it it. So, of course for him it will be, because it’s a deep entrenched belief of his, and he can’t get it out of his subconscious mind.  Look at the quote at the top of the post again!

Because I’ve always been a little rebel that way and love to challenge the common beliefs of the masses, I am free from such an handicapping mindset.  But depending on what your beliefs are they will make you settle for less.

There one thing about beliefs, though. They can be changed, we will see how, below.

Learning How To Not Settle For Less

Improving Your Self Esteem

There are several exercises that you can do to improve your self esteem.  While it would be impossible to mention them all here, you can start with affirmations that are meant to boost your self esteem.

The same way someone can lose their self esteem by being criticized and put down all the time, self esteem can be stimulated by positive affirmations.

Repeat your affirmations in your head, out loud, in front of a mirror, in the shower, before you get up in the morning and before going to bed at night.  While you do this, be mindful of your breathing and take deep breaths, inhaling and exhaling as you speak your affirmations.

Such exercise will start improving your self esteem as long as you turn them into a habit.

Try to challenge you fears by doing something you might be scared to do.  I know it’s not easy, but just take one step at the time and start with little things and increase the challenge as you go.

Meditation can help a lot with fear.  Meditate about the real cause of your fear.  Look at your fear like if you were looking at a person. Then see it becoming smaller and smaller until you can just smash it with your foot.

Visualizations such as this can reprogram the brain to overcome fears.

Seeing you False Sense of Comfort for what it Really is

Analyze one by one the things that give you this false sense of comfort and try to imagine what you would do if you didn’t have them.  How would you feel if what you take for comfort wasn’t around anymore? Would the world stop turning?  What if it was gone tomorrow?

By analyzing you sources of false comfort and asking these types of questions you can really start seeing them for what they really are.

I’m not saying it’s not a long process, it can be depending on YOU, but this is where you start.

Challenging the Beliefs that don’t Serve you

Look at your life and look at your beliefs.  Your life is a reflection your beliefs for the most part.  Challenge your beliefs by asking yourself the question; why do I believe this?  You will be amazed at what you will find out if you keep asking those questions to yourself.

As the Bible says; ask and you shall receive.  It’s only by asking this type of questions that you will receive deep and profound answers.  By challenging your beliefs you will be able to get rid of all the beliefs that don’t serve  you.

There, you have it. Now it’s you turn… let’s see what you have to say about this!

43 thoughts on “Why Do People Settle For Less?”