Visiting Annecy The Venice Of The Alps 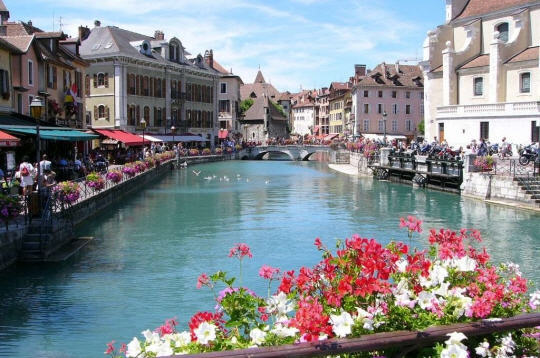 In this series of my city reviews of the summer, I want to introduce you to a city I know well, Annecy, France.

Annecy is a beautiful city about an hour and half east of Lyon which is surrounded by mountains and bordered by a beautiful and famous lake, called the “lac d’Annecy” Annecy’s lake.

I have been to Annecy many times by road and by air.  My brother has a friend who is a pilot and owns a small 4 passenger plan, and sometimes on Sundays afternoon, we would hop in that small flying object and fly to Annecy.  Sometimes we would land and sometimes we would just fly above the lake and surrounding mountains, and get back home to Lyon.

The one an half road became by car became a 20 minute flight and that was really cool! 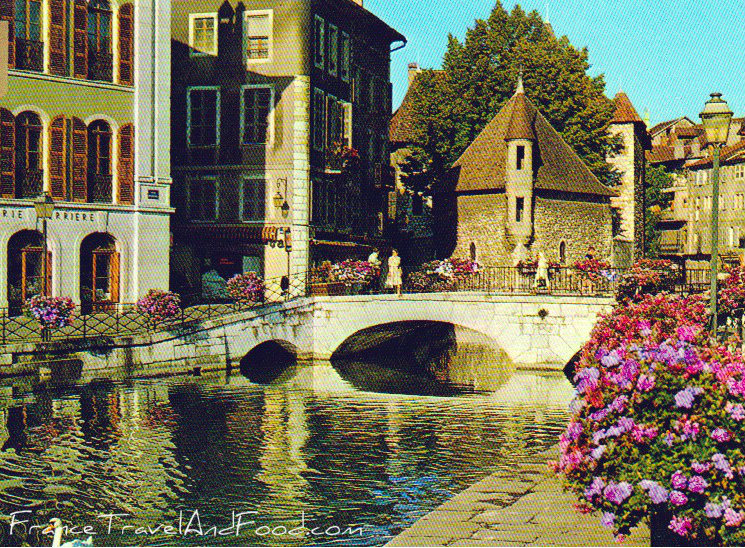 Back in the days, though, my bother an I would just pick one of those small to medium mountains and plan a day of hiking.  We would go up in the morning and come back down in the afternoon with a short picnic at the top.  It was usually a two and a half to three hours going up and one and half to two hours coming down.  Once we got back at the bottom we would jump in the lake.

My brother and I have always been outdoor people and we just loved those trips to Annecy.

Where is Annecy in France?

Annecy is located in the Rhone Alpes Region in the Haute Savoie department. The city has been nicknamed “the Venice of the Alps” due to the three rivers that runs through it in the older part of the city.  The city was built on and around those rivers.

Annecy is caught between the lake, bearing her name, on one side and the mountains on the other.  As a matter of fact, because of such geographic location the city”s traffic is pretty congestioned especially during summer time. 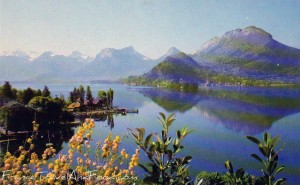 Annecy’s lake (le lac d’Annecy) is very popular and the second largest lake of the country of France after the lake Bourget (lac du Brouget).

Annecy’s lake is 14 kilometers long (8 miles) and 40 kilometers around (24 miles).  Around the lake you will find a lot of people riding bicycles and jogging.  Swimming and boating is allowed on the lake and you can also sun bathe on the sandy beach.

According to geologists the lake was formed some 18,000 years ago from glaciers of the Alps mountains. 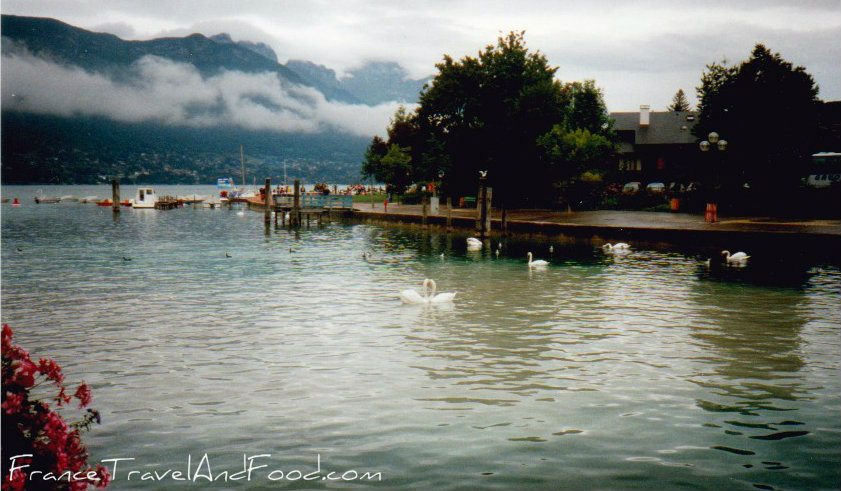 There are seven small to medium rivers which finish their course in the lake, and the excess waters of Annecy’s lake end up in the Large Rhône river which runs from Switzerland to the south of France before ending its course into the Mediterranean sea.

The Rhône river runs through the department of the same name which capital is Lyon.

What to do in Annecy

You can swim, row or sail on the lake.  The lake is clean and safe for water activities.  You can run or bicycle around the lake. You can hike in the mountains around the city which are also safe without the threat of potential dangerous animals.  If you like adventurous sensations you can also hangliding above the lake.

If you are more of an urban person you can shop in the many boutiques in the old part of the city which are lining the narrow stone-paved streets.  If you like malls, there is also one of those in the newer part of Annecy.

Summer and Fall Events in Annecy 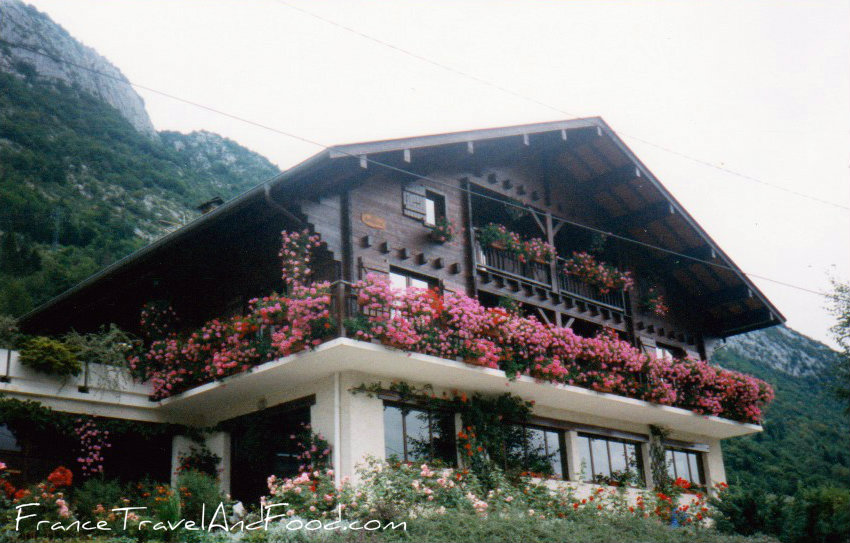 Les Noctibules – Celebrations by night with outdoor movies in the old part of the city.  On July 14, national holiday in France, fireworks by the lake.

La Fete du Lac – The lake feats with musical shows.  The lake crossing, swimming competition and the city of Annecy festival with music and carnival in the streets of the city.

Le Retour des Alpages – Celebrating the lowering of the cattle from the mountains to the plain.

I hope you enjoyed the visit of Annecy.  If you enjoyed those posts let me know in the comment area, and take a look at Cannes, France, my last week’s review if you haven’t yet.

22 thoughts on “Visiting Annecy The Venice Of The Alps”