Is Your Business Not Taking Off – A Real Life Case Study 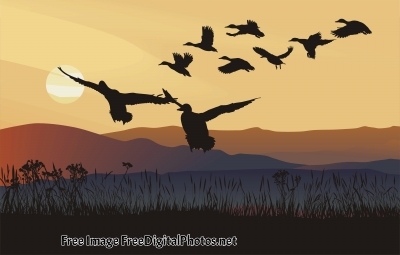 Over the past couple of weeks I’ve been helping someone who has been feeling stuck with his business.

For the purpose of this case study we are going to call this person, Jay.

Jay has written a book which has been completed and published over 6 months ago, yet, he is really struggling to find a way to turn this book

into the success it should receive.

The reason that Jay knows that his book has potentials is that many of his professional contacts told him that the book topic was a great idea, and they were ready to help him to get the product out there.  The problem is that none of those promises turned into anything concrete and positive.

None of the 50+ people who were supposed to take the book and spread the word to their churches, clubs, associations, schools, etc, did anything with it.

But why is that?

Jay is a friend of mine, and he turned to me to see if I could help him understand what would be the reason or reasons why he is stuck, and why all the potential projects turned out to nothing, zip, nada.

Over these couple of weeks I helped him realize a few things about what’s really going on and how he could fix the issues in order to see different results.  I thought I would use this case study for my post today, and see if this information might help YOU in some way.

What’s Going on Subconsciously Always Shows Up in your Results

When someone ask me for help about a problem, they can’t seem to be able to resolve, or even understand, I always go back to the roots.  The roots, of course, it’s your childhood.  That’s where most of your today’s issues are from.

There are two sides of a coin when it comes to success.  One side is what you do (the actual literal actions that you take), and the other side is what you are deep inside (your subconscious programming).

One is way more important than the other because it basically runs the show, and guides every action that you are taking.  As a matter of fact, even if you pretty much do everything you should be doing in a physical/literal sense, but you are challenged from the inside, it just won’t work anyway, or work in a very limited way.

After asking Jay some pertinent questions about his childhood and past, the first thing I found out is that he typically sabotages himself.

Self-sabotage is very common, but the reason why it’s so hard for people to find out on their own that their are sabotaging themselves (meaning without a life coach) is because it comes from the subconscious mind, and most people have no idea what’s in there.

It’s like a computer with a default setting.  Unless you go in, and change the default setting, it will stay that way.  Very few people are even close to be aware of their default subconscious programming.

All they know and see it’s the results they’re getting.  What their are absolutely NOT aware of is WHY they getting such results.

Unless we go in and change that default subconscious programming, nothing will ever change, and the old negative patterns will remain. 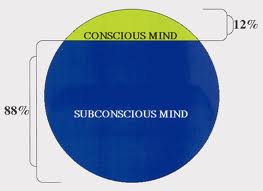 Once you understand this vital fact, you will at least, be able to put yourself on the road to success.  Once you’re there, all you will have to do is walk that road from point A to point B by following the map.

Until you understand this, however, you’ll be lost somewhere with no map to get to where you want, wondering why.

How is our Subconscious Mind Shaped?

The first thing you need to understand is that our subconscious mind if full of data that don’t belong to us, but the people who raised to us.

Your parents, tutors, guardians, or even teachers where the ones who were once feeding your subconscious mind at an age where you were mostly “unconscious” which is during the first 6 years of your life.

During the first 6 years of our life we are living on Alpha brain waves about 95% of the time, which is the equivalent of the brain waves under hypnosis.

Back to our case study, one thing that I helped Jay to understand is why he doesn’t get favorable feedbacks, even from people who told him that they were excited about the project and that they would help him.

After investigating in his past, we found out that something negative about Jay is coming across.  You see, it’s hard to build positive business relationships when negative emotions come out of you.  But why does Jay appears to be that way?

After asking him some key questions to try to find the root of the problem, Jay said something very important which gave me an “Aha moment”.

He said this to me: “Well, I grew up with servants.  All we had to do is order them around and they would get us what we wanted or needed”.  Aha! That is a huge piece of information right there.

Then, I could better understand the situation, and we found out that Jay is talking to people who promised him to help with his book like he used to speak to the family’s servants.  May be not EXACTLY the same way, but the undertone is there.

You see, it turns out that Jay is communicating with people in a very selfish and demanding way.  Not because he’s rude to the people he is asking for help or sponsorship.

Even though he’s a very sweet and nice guy, subconsciously he sees people who can help him as his servants.  In turns they feel that, subconsciously, and the results of this is that they flee from him, even though they might never know why.  They just do.

You deep subconscious feelings and beliefs are felt by others, no matter if and when they or you ever become aware of it or not.

Your subconscious programming is going to make you act a certain way, which is going to bring you either good or bad results depending on what it is.

It might not seem much to you, but for Jay, this was a revelation he never, ever, even guessed after all those years.

Now that he knows the main root of the problem, he is better able to FIX it, and approach people in a way that will better serve him and bring about better results.

I hope you enjoyed this case study.  Let us know below in the comment area.