French Sayings English Sayings All And The Same 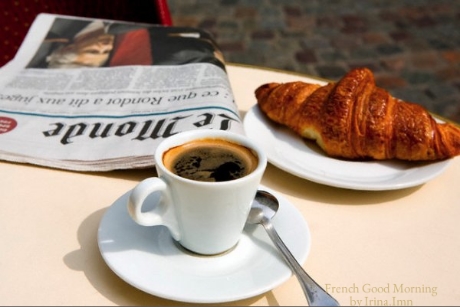 French sayings called (dit-on) in French are as often used as they are in English, and for this post I decided to dig a few of such French sayings that have their equivalent in English.

Some of them are basically word for word, and some have the same meaning while saying something different.  So, without further ado, let see what they are in French as well as their meaning. Down below in my video I pronounced them for you.

Meaning: People who may yell are not the meanest.

Meaning: Young people do things that they will eventually grow out of.

As you make your bed, so you must lie in it / Comme on fait son lit, on se couche (Same exact translation)

Meaning: As you do things so you will pay the consequences of it.

An eye for an eye, a tooth for a tooth / Œil pour œil, dent pour dent (same in French)

Meaning: What you take will be taken from you.

Meaning: To each one is due.

Meaning: It’s always a good thing to be safe and secure.

Meaning: What good you do will be rewarded.

Meaning: People aren’t always what they seem to be.

A friend in need is a friend indeed / C’est dans le besoin qu’on reconnaît ses amis  Or Amitié dans la peine, amitié certaine  (It’s in need that we recognize our friends) or (Friendship in hardship is true friendship)

Meaning: A true friend is here in bad times as well as good times.

Meaning: Never make fun or fun will be made of you.

It is the last straw that breaks the camel’s back / C’est la goutte d’eau qui fait déborder le vase (it’s the last drop that makes the vase overflow).

Meaning: When someone has got as much as he or she can take, the last little thing will make them explode.

This was speak for itself.

A bird in the hand is worth two in the bush / Un  tiens  vaut mieux que deux  tu l’auras  / Il vaut mieux tenir que courir (one have is better than two you’ll have) or (it’s better to stand than to run).

Meaning: One thing already own is better two maybe’s.

Pronounce those French sayings with me on the video and have fun!!!

24 thoughts on “French Sayings English Sayings All And The Same”