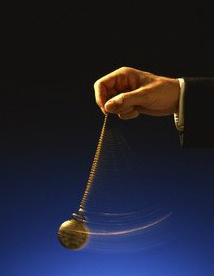 What is Hypnosis and How it Can Improve your life?

Do you feel confused about “hypnosis”?  Do you feel that it’s a weird power that only some people have?  Do you think that being “hypnotized” means that you would be losing your consciousness?  Have you ever thought that hypnosis could help you attain your goals in life or fix a problem you may have?

So many questions and more need to be answered.

Many people are still very confused about what hypnosis really is and they have no idea that it could help them in anyway.  However, don’t worry; by the end of this article you should not only be very clear about what hypnosis REALLY is but, also know how it can help you achieve your personal and professional goals in life.

What Hypnosis Really is and What it is NOT?

The main reason why there is so much confusion about what hypnosis it’s due to the fact that we all have seen those images on TV where a person is being hypnotized by another person who seems to take total control of their mind and body.

In some cases, the individual under “hypnosis” has no recollection whatsoever of what happened during the time he or she was hypnotized and if the person doing the hypnosis were to drop dead it seems that the individual would never be able to wake up.

With such erroneous image of hypnosis, no wonder many people are afraid of it!

Real hypnosis is NOT that!  As a matter of fact, I wouldn’t want to ever have someone take over my brain and body and make me do what THEY want me to do.  Such type of surrender of oneself could even be dangerous if you ask me.

Thankfully, this is not the type of hypnosis that we are talking about.

In real hypnosis ALL suggestions are FILTERED by the conscious mind first before they are absorbed by the subconscious mind.  In other words it’s completely opposite of what you’ve seen when you’ve watched someone  on TV lose the control of what they are saying and what they are doing and not even remembering any of it when they awake.

So, what type of hypnosis are we talking about here?

What is the True Definition of Hypnosis?

The true definition of hypnosis is a heightened state of suggestibility.  The difference is that you keep complete control of your mind and body while you are in a “hypnotic state” which is between the sleeping and waking state – a state where your subconscious mind can be reached much better and easier – because it’s not being hindered by what is called the “critical factor” which prevents conscious new ideas and desires to penetrate the subconscious mind as a protection mechanism.

What is a “Heightened” State of Suggestibility?

A heightened state of suggestibility is a “high ability to receive suggestions and being able to be able to respond better to them”.

The state when we are the most highly responsive to suggestions is under hypnosis, when we are capable to received influencing suggestions at the most efficient state of mind.   However, we can be influenced (hypnotized) at any time.

The makers of such messages are totally aware of such hypnotic suggestions.  If they weren’t, they wouldn’t spend thousands to millions of dollars creating such messages.  Would they?

When we follow religious rituals without really understanding what they are and where they come from but, because we were TOLD to do so, we are being hypnotized.

Being Hypnotized by Choice

Knowing that we are being hypnotized in so many ways that we may or may not even want and which are not for our best interest, why not make a CONSCIOUS choice of being hypnotized for our own good?

Is there such thing? Yes, there is

Victoria Gallagher, who is a certified hypnotist who created a company named hyptalk.com is the author countless audio hypnosis sessions that you can purchase online and download directly to your Mp3.

Such hypnotic messages, unlike the ones mentioned above are suggestions that can change your life for the better.  Such hypnotic sessions don’t put you in an unknown world of loss of consciousness.  You are hypnotized but, ALWAYS fully conscious and aware.

There are so many things that you can improve with hypnosis I invite you to see it for yourself right here!

If you enjoyed this post or have questions and comments… let us know what’s on your mind in the comment area below!

6 thoughts on “What Is Hypnosis?”