Social Exclusion and Ostracism: What are the Psychological Effects? 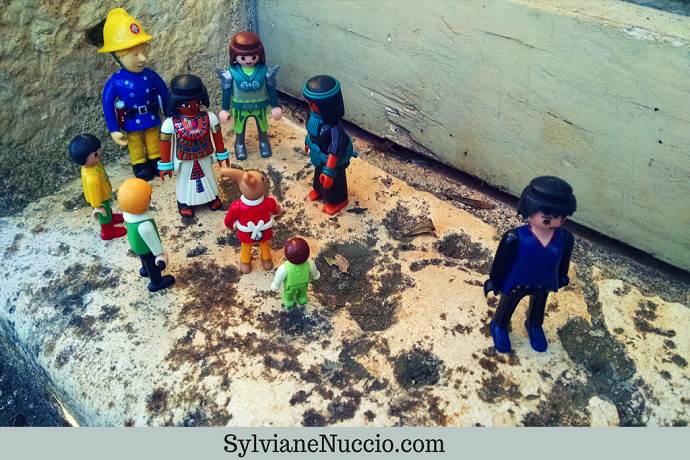 If I’d ask you the question, have you’ve ever felt socially excluded at least once in your life, I’m sure that you would say yes.

And if I’d ask you how it felt, I’m sure you would say that it sucks.

Indeed, it’s a nasty feeling to be excluded.

In fact, it sucks not only for humans but for most animals as well.

Yes, even animals hate to be excluded. My own animals prove that to me on a daily basis, so needless to say that, we, as humans are not cut out for social exclusion or ostracism from other humans.

In fact, this is not just an observation since several studies about the effects of social rejection have shown that social exclusion or ostracism (whatever term you want to tag it with) affects the same part of the brain (the anterior cingulate) that’s affected when feeling physical pain.

In other words, we could say that having a broken heart or a broken arm means the same thing for our brain.

Now that we’ve proven that social rejection hurts in every sense of the term, the next question you might have is what can I do to alleviate the pain of being excluded?

Looking at the Situation from a Different Angle

Whether you are looking at a physical object or a situation there always exist multiple angles to them.

When you are being socially excluded from someone or from a group, the first angle that most of us will look at it’s that there is something wrong with us.

If I am being excluded, therefore, something must be wrong with me.

Well, what about looking at this from another perspective?

If someone or a group is excluding you, could it be that something is wrong with them?

The good news it’s that it usually is and you will fully understand this further down this article.

Unless you are a burden to be around because you have a toxic personality, for the most part, it’s the person that excludes you who has the bigger problem between the two.

It could be that the person or group that is excluding you is jealous of you, angry at you for something you don’t even know, or simply uncomfortable with themselves to the point that excluding you makes them feel better.

Over my years of studying behaviors starting with my own and later one those of my clients, I’ve learn that 99 percent of the time that someone is going to display an act of unkindness will be the reflection of their own inner misery while it has little to nothing to do with the person they are being unkind to.

Think about it this way, have you ever seen a happy person wanting to do harm? Most likely not.

Wellbeing and happiness naturally call for acts of kindness toward others, while negative emotions such as anger, jealousy, anxiety and even disappointment can create reactions of unkindness towards others.

Unless you know that you are at fault, be reassured that your being excluded has more to do with the person or group that is excluding you, than it has anything to do with you.

This say, here is another important question you need to ask yourself, not to make you feel bad, but to grow in your understanding of WHY things happen the way the way they do in your life.

Why are you Attracting People that Exclude You?

Now, that you understand that when you are being excluded it has more to do with the person excluding you than with you, there is still an interesting question that you should ask yourself if you want to go deeper and find out the real source of the problem, and that question is:

Why am I attracting people that exclude me?

What I mean it’s that for some people, being socially excluded is something that has followed them throughout life no matter what they did or whom they met.

If that’s the case for you, then it means that you are undeniably attracting this type of people.

Believe me, I understand completely what you are going through because this was me too.

Now, while I could only diagnose your specific case if I could speak to you one on one, what I know to be true is that if you’ve been excluded often during the course of your life it’s because you are the source of the problem – Unconsciously.

Not that you are guilty of something. No. But what this means is that something happened to you when you were a child that programmed your mind to believe that “being excluded” was the way to go.

You see, the subconscious mind, unlike our conscious mind (our analytic mind) doesn’t make choices and doesn’t analyze, all it does is register from experience. In

In other words, the subconscious mind is like a tape recorder, it just takes things in without being able to make the difference between what’s positive and what’s negative or what’s right and what’s wrong.

So for example, if you’ve experienced a severe enough case of social exclusion as a child, no matter in what context, it’s most likely that your subconscious mind has been programmed so you’ll be “set” so to speak to experience the same type situation over and over during the course of your life.

So much so, that only by getting help, could you deprogram your subconscious mind in order for this pattern to stop.

The good news, though, it’s that with the right help, you can get rid of this painful pattern for good.

But as a gift to you, if you are still with me here, here are some helpful tips you can start using right now.

Helpful Practices Against the Pain of Social Exclusion

Meditation is an excellent healer for all type pains including social exclusion.

EFT is short for Emotional Freedom Technique, which works a bit like acupuncture for emotional pain. Tapping (which is the common term for EFT) is an excellent emotional pain reliever and if you do it right you’ll see that it works in minutes. Ask me for a courtesy tapping session here.

Read about the Topic

Interestingly, if you feel excluded, reading articles about the effects on being excluded (or watch videos) will help you feel better because, for one thing, you’re going to see that you’re alone and you’re not crazy to feel the way you feel. Social exclusion is painful, so you have the right to feel hurt.

Write about your Feelings

As I’ve mentioned many times before, writing is the action of thinking, and writing about something that hurts you is actually very therapeutic. It’s like you’re speaking out your feelings so they can come out from you onto the blank page, and in the process release some of the pain.

Consult with someone that can help you is hands down the best way to overcome your pains and frustrations about being socially excluded.

As a relationship transformation coach who has been where my clients are I fully understand your pains.

If you are feeling the pain of exclusion right now in your life, what don’t you talk about it? You could do this now just by fill out this quick form and request a courtesy call with me.