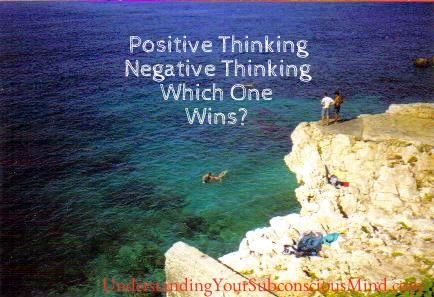 “Every thought we think, every feeling we have, every word we speak goes out into the atmosphere to either heal or harm. Let us be healers. Let us be harmless”.
Price, John R. Practical Spirituality.

Why is it easier to entertain negative thoughts in our head than positive thoughts? Have you ever wonder about this, and why is it important that you understand to know this?  But most of all how can we fix the problem?

What Is Your Thought Default Settings

I’m sure you know how computers have default settings, right? For example, if your computer is set by default to open with a Google home page or a Yahoo home page that’s how it’s going to open to every time.  In order to change such home page default, you need to change the settings.

Are you someone quick into seeing something insignificant into a negative thing? Are you someone quick to criticize others without giving them the benefit of the doubt?  Do you have a tendency to criticize people, gossip about them, as soon as they have their back turned?  Are you thinking the worst most of the time? Are negative images going through your brain on a daily basis? Are you pessimistic a lot?

If you are familiar with any of the above, you can conclude that your mindset is rather on a negative default incline.

This doesn’t make you a bad person, or less worthy than someone who is positive, but it’s a tell tale sign that you’ve got some work to do if you want to become the person you really want to be, and if you want your way of life to improve.

Why Does it Seem More Difficult to Entertain Positive Thoughts than Negative ones?

You might not be aware of this, but just like physical exercise, mental exercise requires efforts.  Even those who may actually like to exercise would tell you that they still have to make the “effort” to get up and go.

Once they are at the gym or on that trail, they’re glad they made the effort and feel good about it, but first, they had to make the effort.  Effort is always hard for both the mind and the body.  That’s why it’s called effort in the first place.

To push ourselves into thinking a certain way rather than our “default way” also requires efforts.  It’s a mental exercise and that can be hard to do, because our brain, just like our body can be lazy and resist such effort.

So, what can you do to change that?

Become Aware of your Thoughts

Do you know that most people out there think by default MOST of the time, meaning that they are almost never aware of what they’re thinking about, and therefore, not aware of the negativity that is constantly brewing in their mind?

They are so entrench into negative thinking that is part of their life, and they don’t know how to think otherwise.  As a matter of fact, once they are told to start the exercise of thinking good positive thoughts they feel weird.  It feels so foreign to them.

Now, don’t think that this affects only poor and unsuccessful people, far from it. This negative thinking by default affects everyone and anyone, wealthy and successful people as well.  As a matter of fact, I know of a lot of “successful people” who are very much affected by this as well.  Sometimes, even more so than people who may not seem as fortunate as they are.

Do Some House Cleaning

Most likely if you are what we would call a “normal” person, you like your house to be clean and without clutter.  You like your body to be clean and look good and presentable.  But what about what’s going on in your head?  How is it? Is it clean, neat and in order? Or is it really messy and needs some serious cleaning?

I’m not saying that you’re some kind of pervert here.  No, I’m talking about the mental clutter that prevents us from being fully happy.

I’m not talking about rich and wealthy here – as I mentioned above, many of such people still have a very crowed and messy mind.  I am talking about cleaning up the mess that clutters you mind and prevents true happiness to come in.

Is what’s going on in your mind preventing you from being fully happy?

Become aware of the clutter in your head, and start getting rid of it by switching from a negative thought to a positive one.  To start, just take one a the time.

Exercise your Brain to Think Positive

As I mentioned above, it’s not easy to make the brain “think a certain way”, because it creates an effort.  As we’ve seen above, mental effort is as hard as a physical effort, and this is where the challenge lies.

However, after a while as it becomes natural for your body the hurt will subside and a better condition and muscles shapes will take place instead.

It’s the same thing with your brain.  At the beginning it will be a challenge and you may even feel some mental fatigue as you are “forcing” positive thoughts to go through your mind.  As I mentioned above, if this is very new to you, you might even feel strange about it – unnatural for a while.

But just as physical exercise, the more you’ll practice, the easier it will become, and if you keep doing it, you can and you will replace your negative thinking programming into a positive one.

Just remember, as anything else, it takes practice.  And practice is what makes perfect.

So, your turn now. Are you able to catch and stop your negative thoughts? Do tell!