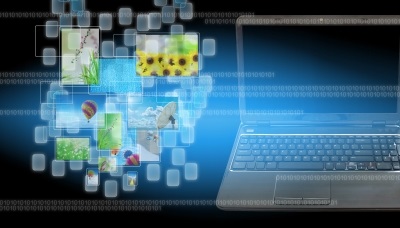 The technical side of a blog is most definitely not my favorite part, but whether we want it or not, at times, we are going to run into technical issues on our blogs that will need to be attended to.

Lately, I’ve had a collections of issues coming one after the other, and at first not only me, but no one was able to figure out where those issues were coming from. It took almost a week to finally pin point where the problem was coming from.

So, the purpose of this post is to show you what happened, and what Andy and Ashvini helped me find out.  You never know,  you may come across a similar technical issue with your own blog in the future.

How the Technical Issue Started

The problems seemed to have started when I lasted updated Commentluv, but I didn’t realized it right away. When I did, I realized that it was affecting all my 3 blogs as well.

Actually, it’s when Adrienne sent me a message saying that all my social sharing buttons had disappeared that I became aware of a problem.

Ever since I had purchased the plugin Share Juice Pro (not an affiliate link), I have had problems with the button alignment and the way there  looked ( I finally figured why when the real issue was spotted last week). For some reasons, the linkedin button would never show. So, for the time being I had disabled it and was using Digg Digg plugin again. But this time all my Digg Digg buttons were gone too.

I started playing between Digg Digg and Share Juice Pro social sharing buttons plugins, but quickly realized that none of them worked.

My good friend Adrienne told me that she was going to send an email to Ashvini (the creator of Share Juice Pro) and Copy Carbon me in the email.

When she did, it wasn’t long before Ashvini replied telling me that he was going to investigate the problem. In the meantime an other issue show up…

Another Technical Problem Showed up

As Ashvini was looking into my social sharing button issues, I noticed that I was starting to get more and more spam comments like I had not seen since I had commenluv, anyway. It’s started with 10, 20, 50 and ended up to be more than 150 spam comments per day on my writing blog, while my other blogs were also getting around 50+ ugly spam comments a day.

I was totally overwhelmed and didn’t understand what was happening with all those blogs all of a sudden.

So, here we go again… I reached out to Andy, the creator of Commentluv to see if he would be able to figure out what that new issue was all about.

Here is how the dialogue when… between me and Andy…

I am getting an unusual amount of spam comments. Some 50 per day since I did the last update. I was wondering what’s going on, and how it can be stopped.

Try changing your secret key or field name in the settings page (don’t
forget to clear your cache) if the comments are in moderation and they are all spam, try setting your
GASP settings to send to spam or deny the comment

Yes, the comments go in moderation right along the good ones. I’ll try to do what you’re saying if I find out how. Thanks.

I did everything you said. I changed some of the secret key numbers and letters, and set everything to the maximum moderation and just over the weekend I’ve got over 350 spam comments that I had to delete one by one.

This has never happened to me before, not even before I had commentluv.

All in all everything started to crumble when I updated commentluv early last week. I don’t recognize my blogs anymore between buttons issues and avalanches of spam comments. Could both issues be because of a thesis upgrade?

If am not wrong a while back, Hesham told me that there weren’t any upgrades for Thesis and then, Adrienne confirm that to me yesterday. I’am saying this because what you said about the button issues supposedly is coming from thesis old theme that I need to upgrade.

So, anyhow, how in the world can things go back to normal?

I think this might be a thesis issue, another user was having issues and
solved them by upgrading thesis

GASP will only let 3 comments from the same user at a time, it won’t allow
hundreds, it stops any more than 3 comments being submitted by the same
person if they are not auto approved.

getting this issue, I haven’t seen it on any of my test sites and you’re
the only one reporting this to me out of thousands using the plugin.

get spammed or you can try the new anti backlinker plugin in the
commentluv.com members area and set it to deny comments if the user has no
gravatar or is using a non root domain or isn’t on the whitelist.

Finally Finding the Source of the Problem

So there I was for a whole week sending messages back and forth to Andy Baily about my unusual avalanche of spam comments and Ashvini Kumar about my missing social sharing buttons.

By the way I want to take this opportunity to thanks them both for their extreme patience in trying to find out what my technical issues were coming from.

At some point Andy found an issue that was coming from some type of script that didn’t look right. Since what he explained to me was way too technical and above my head, I just copied his findings and sent them directly to Ashvini.

This is what Andy sent me, which I sent to Ashvini right away.

“On https://www.sylvianenuccio.com/thankful-monday/ it looks like you are using google api calls for jquery and you are loading an old version which isn’t compatible with the latest scripts that need jquery.

if you have a plugin that is causing your blog to load an old version (1.4.2) jquery from ajax.googleapi.com then it causes a fail on the commentluv script and other scripts that require the version of jquery that is included in wordpress (including the share plugin)

You have to find which plugin is using ajax.googleapi.com instead of the one included already with wordpress and deactivate it if you want modern scripts to continue to work.”

Here is what Ashvini found thanks to Andy’s message…

I found the problem and the solution.

Solution : Update to thesis 1.8.5, it probably has the latest version of Jquery ( 1.10) which is what Andy is talking about.

No worries, it is a really simple problem. None of the plugin is causing this issue .

Please do not hesitate in contacting me in case you do not get what you I am sating.

So, what this meant for me is that I had to go over to Hesham the creator of my Thesis/BlogSkin, but even though am a paid member to get tech support with him, Hesham is not as easily reachable as Andy and Ashvini are.

So, as up to the time that I”am writing this, he has updated BlogSkin where the problem was truly coming from on this blog, but he hasn’t fixed my other two blogs yet. So after over 2 weeks now, my travel blog still doesn’t have social sharing buttons.

I think the issues that we talked about on your two other blogs have not been resolved yet on this blog. Can you please ask your developer to look at this too?

Well, I certainly did, but after Hesham fixed this blog he hasn’t fixed the other ones yet. I’ve sent him several emails with no replies so far.

I’m still Waiting on Hesham at this point…

On my travel blog there are actually several issues that I am now sure are due to the theme update problem. I can’t change the color or font or size of the content of the blog no matter how many times I try, and I can’t get me Share Juice Pro buttons to show. Actually that same problem has also prevented me to be able to receive the latest Share Juice Pro update that I received on the other two blogs.

I have to admit that I don’t know how Hesham can keep his business going while not on top of things. Right now I am stuck, and really don’t know where to turn with this stuff. The guy is always pretty hard to reach and he tends to disappear for long periods of times. Then, he finally reappears with a good excuse why he was not reachable.

I don’t don’t if this is every body’s experience with their blog theme support, but it has been mine.

I paid for my theme, and I paid my fee for technical support, but I’m not getting full service at this point.

So, if you happen to read this and have any idea about what I could do to fix/update my Thesis-BlogSkin, please, let me know.

What I learned from this issue is that at times you may have a technical issues affecting something on your blog, such as in my case my comments and my sharing buttons, but the source of the problem may be something totally unrelated. In my case all the troubles came from a needed update on my BlogSkin theme.

I hope this post was helpful. Please, leave your comments below.

I hope you enjoyed this post, and will start applying those tips now. Please, let me know what you think and add your thoughts down below in the comments.
If you found this information valuable and would like to share it, you should add the RSS feed of this blog to the social media sharing platform of your choice.
The feed is https://www.sylvianenuccio.com/feed/
Don’t forget to add “via @SylvianeNuccio” to tweet, so I can thank you.

One of the many benefits that modern technology offers is the various solutions that make people’s lives easier. For example, today, becoming an online…