How Much Impact Do Your Words Have On Your Children? 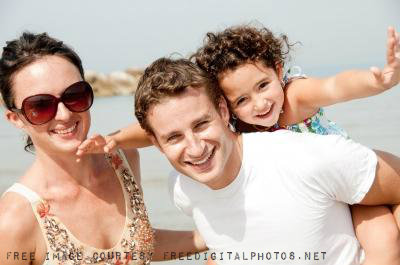 For those who know me best, you’ve probably heard me say several times that I get most of my writing ideas while walking.  Well, this past Sunday morning as I was taking my long walk in my favorite local park I saw a father holding the hand of his daughter to help her walk on the edge of wooden fence which top is shaped like narrow mini steps.  If she fell on her left side she could have fell on the hard asphalt, and she fell on the right she could have gotten scratch up by branches and other type debris you can find on the ground of a wooden area.  That’s why her father was holding her hand.

The father could have told his daughter, no, I do not want you to do this, because it’s dangerous.  Or he could have done what he did.  Allow her to walk on the edge of that fence/steps while holding her hand.

Since I don’t have children myself, this image brought me back to my own childhood.  I was thinking, what would my mother have done if I had asked her to walk on the edge of that fence?  Fortunately for me, my answer was that she would have probably done just like this father.  She would have let me experience safely rather than saying no, it’s dangerous.

What type of parent are you?   Are you aware of how much your words and actions impact your children?  I certainly hope you do, but if you don’t, then this article is for you.

The Influence you Have on your Children

Are you aware of how much you can influence your children? If you have never asked yourself this question it may be because of two reasons, a) you already know this and you are very much aware that everything you tell to your kids will stick with them for life, or b) You never knew this, and therefore, never even thought about asking such question.

My hope and wish is that you belong to the first group, but my experience tells me that there are still lots of people that belong to the second group.  They have no idea how much what comes out of their mouth is affecting their children.

If you are one of such people, it’s time to wake up to the 21st century and become aware of this.  This article is for you, so fasten your seat belt and read on.

What you Need to Understand about Children

The first thing you need to understand about children is that their brain is like a sponge.   It absorbs everything and anything you say and do.  To give you a literal example of this, that’s how “accents” are picked up.  You sound just like your parents and the people of the region you grew up in, because you’ve picked it up during that crucial age range between birth and 7 years old.  So, basically anywhere you will be moving to as an adult will not affect very much the way your speech has been shaped during those years.

Even when children seem like they’re not listening they are still very much observing you and taking it all in.  This is especially the case between zero and 7 years old, but it doesn’t mean that it stops after 7.  It just means that what you’ve taught your child, consciously or unconsciously, up to age 7 has become part of their most profound subconscious programming and it will stay there forever.  So, you’d better know what you’re doing in this regard.

When my father died in a car accident when I was only 5, my mother had a serious nerve break down and I really picked up on that.  I became very anxious and nervous just like my mother.  Children are little mirrors of you whether you are aware of it or not and whether you want it or not.

In the end, everything you teach your child during those crucial tender years will shape their character and personality and can be determinant in their whole life success pattern or lack of it.  With this in mind, wouldn’t you want to know what you should and shouldn’t tell to your kids?  Well, if you have or intend to have kids, you should.  Here are some things you should never tell your child.

Avoid the Word No

There is a simple word that you should try to say as seldom as possible, and is the word NO.  Now remember that we are talking about children here, so they shouldn’t be asking you, mom, can I smoke or use drug? Or dad, can I spend the night at my girlfriend’s?  So, avoiding to say the word “no” shouldn’t be that difficult, and when the answer is no, try to make it something else.

For example, if your child is asking you to step on that narrow edge of the step like fence (like my illustration above), tell them OK, but I will be holding your hand.  But do not say no.

If it’s something you really don’t want them to do, explain to them why it would be better if they didn’t and if possible offer them an other option,  but try not to say the word “no” with no explanation at all.  There is always a way around no.

Why Saying No is Not a Good Idea?

Stay Away From Degrading and Negative Words

Have you ever heard parents tell their children “you won’t ever amount to anything”?  They might as well hand them a rope to hang themselves.  This is the WORST thing you can ever tell your child, and if they heard that enough times (and it doesn’t have to be very many), I can assure you that they will struggle their whole life, and will most likely  never get to be someone with a career, with money or very successful in anything.

When you raise your kids telling them such negative statements you are giving them a life sentence.  They may need some therapy to get rid of such negative programming.

Avoid words such as you’re an idiot, you’re stupid, you’re ridiculous, so on and so forth.  For an adult brain to hear someone saying to you, you’re an idiot or you’re stupid it’s not a big deal, but for a child under 7 its literal brain programming.  If are feeding your kids such negative programming stop now!

Along with your Words Watch your Actions

This topic could be a post of its own, or even a book, but it’s worth mentioning it even briefly.  Not only will your words be programming your child’s subconscious, but your actions as well.  Actually your actions will speak volumes and the “do what I say, not what I do” doesn’t work with children.

They will do what you do first and what you say maybe.

If you want to create good habits that will serve your child when he or she grows up there is nothing like giving the example by your actions.

29 thoughts on “How Much Impact Do Your Words Have On Your Children?”