Vital Upgrades You Should Make to Your Computer 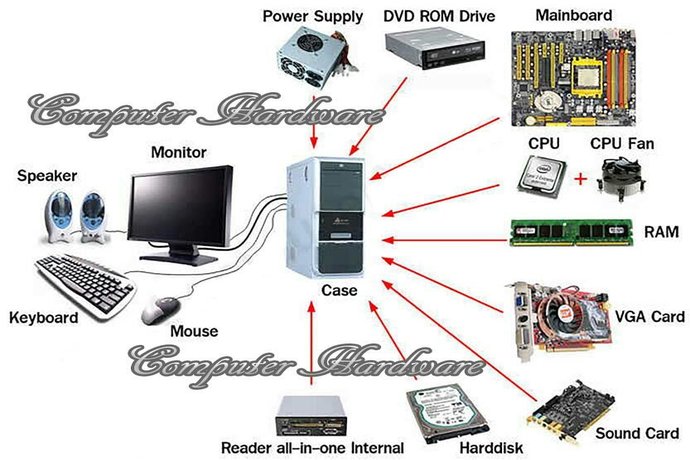 Upgrades on your computer are vital if you want to make sure it’s safe and running at it’s best.

For example, the best performance when gaming, it is essential that every PC gamer ensures that different facets of their motherboard are in tip-top shape.

Whether it involves switching to solid-state drives from hard disk drives or increasing the amount of RAM one is using, there has to be enough passion coming from the gamer to ensure that every key upgrade is effectively met for a better performing motherboard.

Keeping this in mind, here are some adoptable factors that one can utilize to transform a dilapidated tired PC, into an effective working masterpiece.

If you own a new CPU, upgrading to another one won’t cause a massive upscale in terms of performance. However, in the event that one happens to own a first-generation Core i7 and opts to upgrade to a Skylake, there will be quite the difference in terms of speed of processing.

However, for one to successfully execute such a massive upgrade, they will have to have a motherboard that can support such ambitious endeavors.

In the instance, if you’re upgrading specifically for gaming, it would be wise to upgrade their graphics card, as most high-end games heavily rely on the GPU as compared to the CPU.

Get a Faster RAM

In order to make the quantum leap to newer and better iterations of RAM, you need to have a motherboard that can effectively support the addition of new RAM modules.

For example, if you’re currently utilizing DDR3, you’ll be unable to make the move to DDR4 or DDR5, without first having to change the motherboard and CPU that you are using.

That being said, it’s important to note that the change in speed between DDR3 and 4 isn’t that much significant.

If  you are an avid gamer, then improving your whole new CPU/motherboard, as well as introducing a higher-performance GPU, will make the gaming experience that much more enjoyable.

In fact, you can have a look at the Best Motherboard For Ryzen if you’re looking to enhance your gaming experience.

Games will tend to run much faster, as well as have less lag, thanks to the graphically intense improvements that come with the new GPU. Something that the old GPU failed to achieve.

However, if gaming isn’t your cup of tea, then it would be advisable that you upgrade your RAM or SSD to improve speeds when it comes to doing average things such as streaming or surfing the net.

Hardware upgrades can also give your PC a new lease on life.

Of course, hardware upgrades aren’t always the right solution. If your PC is 10 years old, you won’t be able to speed it up much with a hardware upgrade. You’d be better off buying a new PC entirely. With this in mind, here are the best bang-for-the-buck upgrades.

The bottleneck in most PCs, which is the slowest part of the PC that you find yourself waiting for most often, is the hard disk.

If your PC is only a few years old but it seems like the hard disk is the slowest part, you can probably boost its speed by upgrading it with a solid-state drive. You may even be able to upgrade your laptop with an SSD.

Whatever you do, be sure to move your operating system and program files to the SSD.

Last but not least, you can make an upgrade from your regular USB to the likes of USB 3.0 or SATA III to ensure that the transfer speed is effectively increased when it comes to transferring data from one piece of hardware to the other.

Defragment and Optimize your Hard Drives

Modern versions of Windows defragment drives automatically in the background, so you probably don’t have to defragment your hard drive manually. Still, it doesn’t hurt to check.

Tap the Windows key to open the Start menu or Start screen, type Defragment, and launch the Disk Defragmenter in Windows 7 or the ‘Defragment and optimize your drives tool’ in Windows 8. Analyze your drives, and the tool will tell you whether you need to defragment them.

Clean up all unnecessary system files

Use a tool like CCleaner or the Disk Cleanup program included in Windows to clear unnecessary files from your PC.

These files take up space and can even slow down your PC.

Keep your system free of viruses and malware.

Even if you’re using antivirus software and otherwise playing it safe, newer kinds of malware can sneak into your system and hog resources. Therefore,  upgrade your antivirus programmes as time goes on.

6 thoughts on “Vital Upgrades You Should Make to Your Computer”