How To Reduce Your Flight Cost To Paris 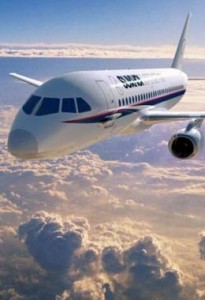 What would be the benefits of flying to Paris during the spring time? One of the most obvious benefits is that by the end of May you will notice that the airfares will rise up considerably.  And this goes for both ways.  So, in this article we are going to investigate what is the best and cheapest way to travel to Paris or anywhere in France and what you should be expecting when you get there.

If you want to travel cheaper to Paris or other cities of France, while not scarificing too much comfort with inconvenient schedules, one of the best options you have is going for a little detour to get to your destination.  Unless you are in a big city and want to fly directly to Paris, let’s say a direct New-York- Paris or Chicago – Paris flight, there are many ways to go around that and travel cheaper.  And even more so, if you are traveling from a smaller city or town in the U.S to a smaller city or town in France.

For example, when I am traveling from Raleigh, NC to Lyon, France I do not try to fly directly to Paris with a transfer into another flight from Paris to Lyon. What may come as a much cheaper flight is flying from Raleigh to New-York or Chicago to Frankfurt, Germany and from there to Lyon.  This cuts my airfare by about 30% to 40%.  Also, when you travel to France don’t feel like you have to necessarily fly with Air France, as this might not be the best airfare deal.

Another way you might want to travel to another city of France besides Paris is by fling to Paris and finish the trip with the TVG.  Let’s say you want to go to Grenoble; you can fly to Paris and take the Fast train (TGV) from Paris to Grenoble which will take you there in about three hours.  The advantage of doing this is that you might be in Grenoble in the same amount of time that you will have to wait for your transfer flight.  Your waiting time to hop on a TVG train is almost none as opposed to your next international flight.

By the way, you won’t even have to get out of the airport to get on that train,  the international Airport Charles de Gaulle has a built in Railway Station where you can jump from plane to train.

Now if you have any doubt about taking a train, you need to understand that the TGV in France can’t be compare to any train in the U.S. This train has picked at over 500 kilometers per hour (357 mph), but it’s more normal speed is a nice 320 kilometers per hour (200 mph).  It’s very comfortable and basically soundless.  You can travel first or second class as your finances permits.

It is much more advantageous for your wallet if you travel to Paris by the end of March to the end of April, because in May the airfares tend to go up considerably.  Also,  in April you can benefit of the early sign of spring in Paris and benefit from a warm weather.  You can expect some sunny days as well as some rainy days, just like much anywhere else, but over all, April is a beautiful month in Paris and the rest of France if you venture there also.

Don’t forget,  next time you are flying to Paris or anywhere else in France or the rest of Europe, think smart and reduce you trip by 30%.