Are You Still Trapped In The Belief That Poverty Is Virtuous? 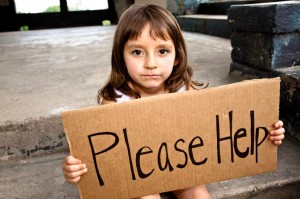 This is all well and good, but have you checked what negative beliefs might still be trapped inside of you that would prevent you to attain such success?

Maybe you feel that you have no negative belief that would prevent you from being successful and wealthy, because you’ve learned about the subconscious mind, the law of attraction and even about beliefs themselves.  However, if you are like most people on the planet you have had beliefs and maybe still believe that poverty is virtuous while wealth is wicked.

Why do Most People Believe that Poverty is Virtuous?

Have you ever asked yourself why do most people believe that poverty is virtuous?  A worldwide spread reason is religion which has done a very good job at persuading people that it’s impossible to be rich and virtuous at the same time.

We are told, brainwashed everyday that spirituality doesn’t go well with money, but if you are poor, on the other hand, you have plenty of room for spiritual stuff and what is more, God might love you more for it, because you will have less thoughts about money and more thought about God.

If you are a religious person or if you have been attending any church in the past or present, you know that what I am saying is true.  I’ve heard that myself on a weekly basis for over 10 years when I was attending my church.  I heard it so much, I started to truly believing it; it became one of my beliefs.

Once a belief is strong enough it goes a step further, it becomes your subconscious belief.  When it reaches there it starts affecting your life.

Why are we Taught that Poverty is Virtuous?

There is no limit to how many lies we are told in our society.  Poverty being virtuous is is actually only one of them, but for the sake of this article, let’s focus on this.

1)      We are told that poverty is virtuous, firstly because we come from a misunderstanding of money, thinking that money is the evil thing that we just need to be able survive.  The less we have to deal with the evil thing, the better we will be.

Wherever you may travel in the world and whatever society you might study you will find that these are the two main reasons why we as “people”, “society” are taught that poverty is virtuous.

How Can you Find the Truth Within Yourself and Release the Lies Away?

As I mentioned above, I was myself a huge victim of such lie, I believed it and I even preached it to others.  I had totally been convinced that poverty was virtuous.  So, how did I get to change my mind and see things completely differently?

As humans, we have vibrations within us that are constantly trying to connect with our inner being. Those vibrations are “energy”.  It’s what some people call that little voice inside that is trying to tell us something.

When you are literally brainwashed into believing that being poor is good and “normal”, but your vibrations, your higher-self, is telling your different, it creates a “conflict”.  This vibration conflict with the lie you are told creates unhappiness, sadness and depression.

At this point we are miserable, but we don’t know why.  Unfortunately, most people who are at that point don’t have the right people around to help them to understand what’s wrong.  Most likely at that moment, people around you will have the exact same false beliefs you have.  This is why it’s usually the time you are told to take some prescription medicine.  I should know, I have been there and done that!

When do you Know that you are Ready for a Change of Belief?

You know that you are ready for a change of beliefs when that voice starts becoming so strong that you start asking yourself some questions.

We have a marvelous brain, and no matter how much we may be brain-washed with a false belief, we can also “react” to such lie and ask ourselves some fundamental questions.  Is this so?  Where does it come from? What is the basis of such belief?  If  it’s true, why am I feeling this way? Is what I see around me proving this belief true or false?

I can assure you that if you would start asking questions like these about each of the deep, dark, false belief you may have, would start receiving the answers to help you get rid of them.

Because I listened to that voice inside which was becoming louder and louder, I started asking myself those questions and more.  Then, I started answering them. The answers were clear and lifted me up from all my sadness and depression in a very short time.  It truly was a turning point for me.

I had released the negative energy that my false and negative beliefs about money were creating.  As I started to change my beliefs, I created a positive energy which left no room for negative feelings such as sadness, unhappiness or depression.

Put your Beliefs about Money to the Test

As this New Year begins, test your beliefs about money. Do not just believe them blindly.  Search for any beliefs that would be in opposition with your new goals of success.  Is there still beliefs in you that poverty is virtuous?

Many of such beliefs will be found deep down in your subconscious mind, but once you get there, you can also remove and replace them with positive, healthy beliefs.

What are you thoughts on the subject?  Please, express yourself below in the comment section!

14 thoughts on “Are You Still Trapped In The Belief That Poverty Is Virtuous?”